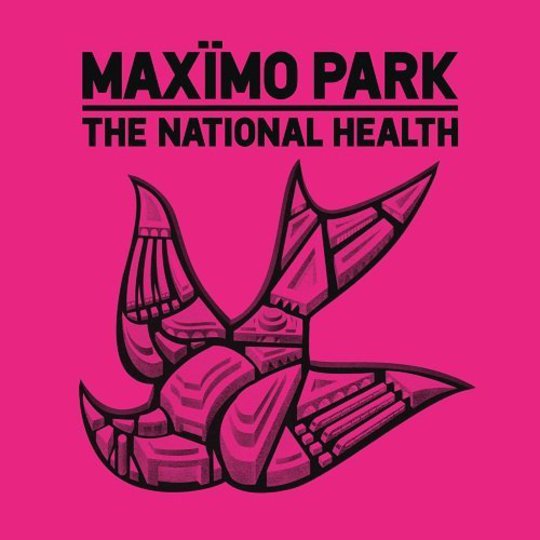 Is Britain still broken, Mr Cameron? Of course it is.

Despite their ahem best efforts, the mantra coined by Dave and his troupe of Etonian chums still rings true today. In fact, with rising unemployment, a crumbling public sector and general apathy towards, well, anything not hosted by Simon Cowell, it’s fair to say 2012’s Britain is not just broken, but utterly fucked. The big society is one big, whopping catastrophe.

It’s at times like these where you need music to articulate the political, social and economic condition of a nation; a sound to fan the embers of disillusioned youth into a raging, ambition-fuelled fire. But what have we got? Dizzee Rascal, Jessie J and Ed Sheerin. Not exactly bastions of anti-establishment fervour. Then again, who is these days?

Well, with a new album titled The National Health, perhaps perennial indie middleweights Maximo Park are throwing their hat into the protest-songwriting ring. They are, after all, prime candidates: their ardent Geordies roots and bouncing guitar anthems have been flailing the sweat-smothered limbs of UK youths since the rambunctious melodies of A Certain Trigger mainlined into the public domain in 2005.

Yet frontman Paul Smith’s rousing claims that The National Health is 'about taking back control' prove slightly misleading. The title track’s full-paced guitar thrashing and gargantuan chorus line suggesting “things will change tomorrow” is one of only two openly questioning cuts on a record that prefers to veer into the band’s traditional terrain of sordid sex talk and misanthropic romanticism.

This shouldn’t be a deterrent, however. While The National Health may be lacking in political balls, it represents a return to some semblance of form for a band that was coasting to oblivion after 2009’s Quicken the Heart. The grubby brawl of ‘Hips and Lips,’ in particular, feels monumental; jetting out on austere Tubeway Army-style synthesizers before exploding into a cacophony of driving guitars and drum. It's a remarkably bare-cheeked blowout, made all the more curious by Smith's Jamie Stewart-like wrangling over the complexity of pouting partners.

Much of the album finds Smith turning to the pantheon of British indie-pop for inspiration, a move that serves up some decidedly mixed results. His rose-tinted spiel of going to the “verge of England’s ocean” during ‘Until the Earth Would Open’ is as weary and spiritless as the jangling melody that surrounds it. Yet, his blatant Morrissey-borrowing on ‘Reluctant Lover’s mid-tempo swoon holds much promise; peppering sly linguistic nuances into his sorrowful miaow helps massage out a substantial, tear-stained lament.

This contrast in style characterises the record’s, and possibly Maximo Park’s, biggest failing - one step forward is often followed by another step back. So, while ‘Write This Down’s juddering riff and the wild motorik of ‘Banlieue’ – a bestial album high – imply the band have finally nailed their colours to a more courageous mast, their integrity is let down by the paceless balladeering found on ‘The Undercurrents’ and ’What Becomes of the Broken Hearted’, both of which unveil a worrying penchant for Snow Patrol-like ennui.

Still, within these 14 cuts exists clear traces of a band that could still serve up something special. But, for now, rather than jet-streaming Maximo Park back into the limelight, The National Health gives the likeable quintet a firm footing from which to stop their seemingly inevitable decline. Given the current state of Cameron’s Britain, that’s probably not such a bad result.