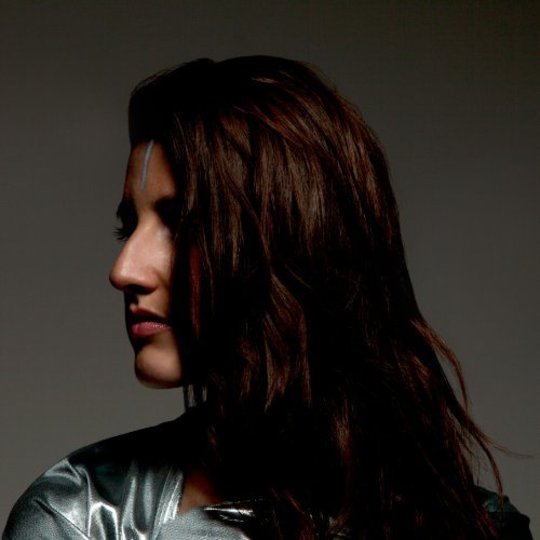 Proverbial madwoman in the attic Ryat should ditch the wanky talk of 'spirit animals', one of whom is represented on each track here. The idea is that by juxtaposing Native American mythology with a sound of jazz-inflected futurism comes the realisation of a new paradigm, deep-rooted and shiny.

As appealing as the concept is to devoted analysts with a clumsy grasp on their marbles, the Philadelphian’s Brainfeeder and UK debut Totem, her third in total, needs it not. Should we have a problem with modern artists playing up to the Victorian cliche of patriarchal female figures, which require faintly daft eccentricities to fit the age-old archetype? Well, no, not really. Tempering an otherwise gloriously gender-blurring and immediate statement with ancient, esoteric symbolism, though?

To be sure: it’s bare nonsense.

Fuck that, frankly; this isn’t witch house’s own crystal ball-gazing cat lady, this isn’t your average sixth form poet clumsily grasping at the abstract beyond. Totem is a mind-frazzling revelation on its own, sonic merits, marrying as it does the dystopian scope of Radiohead at their bleakest with the irresistible awkwardness of fun-lovin’ rhythmic reprobates Battles. An occasionally brutal cage-fighter of a record that pummels and swivels on a pinhead. There’s maybe a residual echo of witch-house but it’s far from even Zola Jesus. Think Gazelle Twin wrestling Grimes to the cold floor of an abandoned factory. A genuinely uncategorisable, unstoppable rogue of a record, swathed in enigma yet fantastically assured, with confidence, vivid fascination and plasma dreams to burn. We’re onto something here, Ryat. Let’s leave the spirit animals behind.

What remains is a wise, personal and vigorously ambitious album of the year. ‘Windcurve’ jolts into the inelegant momentum of a weird future spacejet, hiccuping and sputtering into gear before ‘Owl’’s marble bleeps and synths flutter in like stare-eyed sky banshees of the apocalypse. Surreptitious coos slide and rise into ‘Howl’, evoking a glitchy Bjork yowling her tits off upon wandering into the kidnapper’s overcoat. It’s an exemplar cut from an album both warm and chilling, grave yet gleeful.

There are tetchy, warped FX throughout, that punctuate the soft vocals like a barrage of shrapnel from a collapsing inscape. Songs like ‘Owl’ and ‘Object Mob’ have the soaring and ominous strings of Brainfeeder alumnus Daedelus, the latter punctuating elements of jazz with manic, collapse-and-rebuild percussion that holds one’s ears in a state of constant anxiety.

Yet much as it’s tempting to lose yourself in the synthetic landscape, there’s a robust, minor-key melodic sensibility keeping things in check that harks to the glitchier end of Hail to the Thief. Best of all is ‘Invisibly Ours’, uneasy guitar and fragmented groans building into an epic, beguiling narrative, before fragile cries unleash like the swansong of a fallen angel on death row: “There’s so much change here, the smell of first conquests... Take me to all our lost memories... I’m lost in the shadows”. Though the initial force of Totem hits you like slabs of concrete, the song’s post-breakdown pick-up is one of the many bewitching, magical moments to be slowly unearthed here, and we’re rewarded with ‘Footless’, a thing of disturbed beauty which sees spectral vocals gliding above a miasma of drums and bass like gas giants swerving into a black hole.

Like Joanna Newsom, Trish Keenan, Bjork (I should say: she sounds a lot like Bjork - no biggie) the voice won’t be for everyone. But it’s kind of necessary to harness the backdrop. For all its gentle moments, Totem is a record so perverse and panicked, dynamic and depraved, that it frames RYAT not as the male-leaning Brainfeeder collective’s bright new hope but its essence wrapped up in some strange foreign flag and burnt to dust, growing gruesomely in stature and fucked up complexity with each listen. Its deranged spirit transcends human or animal, and yet leaves you feeling utterly carnal. A disembodied howl from the ether that reaches deep inside and rips at your soul by the tendrils.