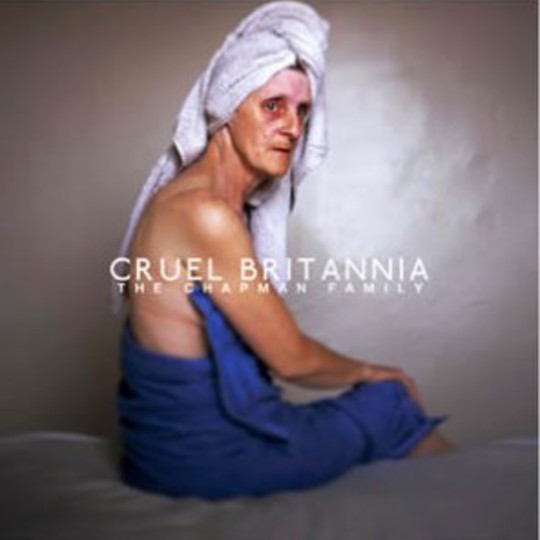 "No second chance, no more mistakes" - 'No More Tears'.

For a band that seemed to be on the cusp of mainstream success, the fact such trappings have so far escaped The Chapman Family's grasp has to be one of modern music's biggest mysteries. Granted, their output probably wouldn't sit comfortably alongside anodyne pop puppets as Jessie J or Conor Maynard, but for a band headlining industry showcases in Texas just two years ago their progress has ground to an unconvincing halt. Which is no reflection on their music. Long-awaited debut album Burn Your Town snuck out the back door early last year when it deserved to be greeted with a fanfare, while even the setback of losing a couple of original members hasn't hampered the frenetic energy of the band's live shows.

Having spent the time writing and recording in between touring, it won't come as too much of a surprise to those aware of this band's undoubted capabilities that their first release of 2012 is the band's strongest collection of songs to date. Be it coincidental or otherwise, Cruel Britannia is Stockton-on-Tees' finest sticking two fingers up to the jubilee, this generation's 'God Save The Queen' (that's the Sex Pistols version not the other one) even. The title track itself, a staple of the band's live set for the best part of a year, now comes in the shape of four vitriolic minutes of razor sharp guitars and biting anecdotes. "No one cares about you" spits Kingsley Chapman solemnly, before adding "You're battered red, white, black and blue" almost apologetically in the chorus. Laconic in its brutally honest delivery, 'Cruel Britannia' could be adopted as the national anthem for the underdog.

Although by the time it kicks in, we're already three-and-a-half minutes into the EP. "No more hope, no more heroes, let's have a day with no more tears" declares the resolute frontman over a collision of reverb-heavy guitars and chord segments pilfered from the pink rocker's handbook. 'No More Tears' isn't so much an impassioned plea to draw a line under what's gone before and start again, but more a deliberate celebration of celebrating nothing. Even the part where the song breaks down towards its bitter end is breathtaking, eventually merging into the aforementioned 'Cruel Britannia' in seamless fashion.

"This English life is falling apart" opines Chapman on 'This English Life' over a crescendo of drums that bring to mind New Model Army in their Vengeance heyday. Although less immediate than its two predecessors, its no less effective in sentiment. 'Summer Song' meanwhile sees the band in reflective mode, shimmering guitars washing over its verses while Ned's Atomic Dustbin's 'Grey Cell Green' plays ceremoniously in the background. As reference points go it probably won't score high on the credibility scale in Dalston but then The Chapman Family never have played the media game.

And so onto the finale, a cover of Morrissey's 'Everyday Is Like Sunday'. Except stripped down to just a keyboard and voice, which illustrates its lyrical content on the bleakest of canvases. Although not as austere or incisive as the original, its inclusion here summarises the feelings of discontent contained within this EP. Happy sixtieth anniversary, ma'am...