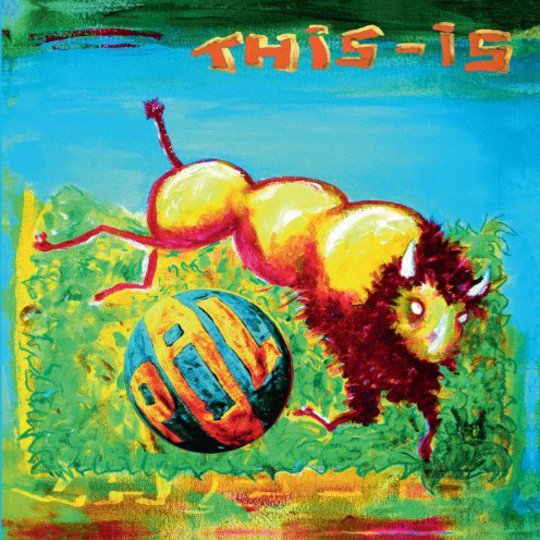 Both as an album opener after a ten year absence and a spiritual partner to Public Image, This is PiL is pretty much perfect. It's slightly odd and not content to retread old ground, yet equally quintessential PiL; loud, confident and a deliberate broadside at recent ventures of other past members of the band. Above all its designed to remind us that The Real Thing are back.

Of course, for many punks (now probably retired on the back of the late Nineties housing boom) and cynics, THOSE butter ads and jungle japes will have dented their faith in The Real John Lydon permanently, but as a relative newcomer to the superior band in his folio, I have nothing but admiration for his devotion to the cause. He's the consummate professional when paid to be and an energetic whirlwind that demands your full attention when he needs to get noticed. Recent interviews claim that those money making exercises were purely to self-fund this return and, no matter if that's the case or not, the fact that this record has appeared - and is as good as it is - should be reason enough for us all to be thankful and move on.

It is hard to dissect the album without talking at length about Lydon though. What works best here is often built around him. Likewise what most grates. Sometimes his base rhyming couplets layer up and send you into a dub-like trance, like on 'One Drop', essentially a declaration of being from London but part of a bigger planet (an onus on London is a common theme throughout, in fact): "We are the ageless, we are teenagers, you cannot change us, and that's what makes us, we are the focused, out of the hopeless". Elsewhere on 'The Room I Am In' his ability to hold our attention using just subtle intonation on the odd word and changing his pitch is starkly effective. Equally these base statements can sound ill considered and utter trite, such as on the perplexing 'Lollipop Opera': "I got a broom, you got a broom, I got a mushroom".

Once this awkward phase passes however (and it oddly does, growing on you like a fungus) there is much to suggest that future reevaluation of the band will be well bolstered by this record. Despite those terrible lyrics, the aforementioned is incredibly addictive thanks to its throbbing bassline and anarchistic delivery of the lead refrain through a harsh loud hailer effect. 'Deeper Water' is utterly brilliant, sauntering in confidently for a while before the bassline rises out of nowhere to steal the show. The juxtaposition with the vocals and refusal to stop when you think it ought to is worthy of the reformation alone.

In fact whilst much of the talk will revolve around the frontman, a great deal of the strongest moments don't feature him, but rather a band that's as strong as any incarnation of PiL since the mid-Eighties (at least). 'Terra-Gate' could be a superb way of winding the crowd into fever pitch, such is its guitaring relentlessness, whereas the more downbeat 'Human' does a grand job of having that PiL sound, combined with that unplaceable modern twist thanks to the lead guitar line. And the complimentary backing vocals and soaring guitar prior to each chorus elevates 'Reggie Song' to anthemic levels.

It's an album that rewards your perseverance and legwork hugely - 'Out of the Woods' was so horrid on first listen I nearly never gave it a second spin; it's now my favourite track. Where it sits in their folio is hard to ascertain at this early stage, but it comfortably manages to be what a comeback strives to be but seldom is; adventurous, celebratory and - above all - adding to an already admirable legacy.