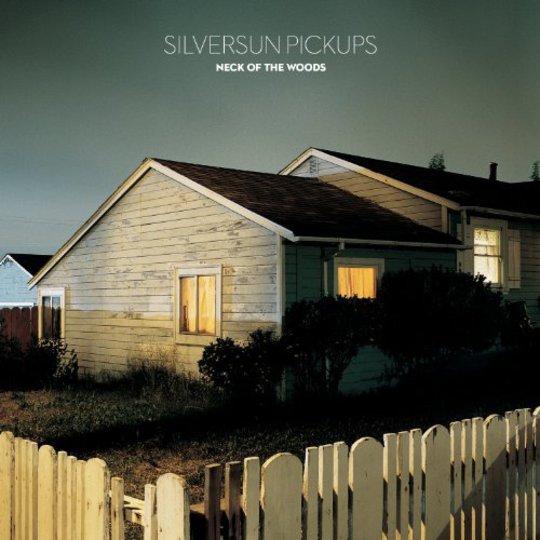 Let’s start with a quiz.

Q. When did you first meet the Silversun Pickups?

a) Ah, not too long ago – somewhere between now and Swoon. We’re just getting to know each other. b) Ages, eons, forever and ever, I’ve been with them from the start, man, I am a TrueFan™ of the Silversun Pickups

All those who answered ‘b’ step forward, you have qualified for the next round.

Q. Define ‘ages, eons, forever and ever,’ and ‘the start’

a) Right from their first release, bro!

a) Carnavas,, obvs. Are you just using us to research this review you’re writing because bro (oi!) they have this thing called the internet now and on it there’s this other thing called Goo- b) Pikul

Good work, the right answer IS in fact b) Pikul and for that, you are crowned an SSPU TrueFan™. a)-answerers, don’t take this wrong way, for I am one of you. I got to tasting Pikul after I’d ruminated over Carnavas for several months. If albums were the chewed up bits of gum on the back of a bedpost, then Carnavas is the wad of Doublemint that you keep going back to for how it never loses its flavour.

I didn’t think anything could beat Carnavas and, sure enough, when it was released Swoon didn’t. A fine album – 'Draining' soundly defeats its Carnavas-soulmate ‘Waste it On’, but Swoon lacked the level of stickiness of its predecessor. That quality of chewed up gum to superglue itself to everything it comes into contact with and not budge till you scrub it off with peanut butter (handy hint for if you’ve ever got gum in your hair).

What of Neck of the Woods, then? Does it stack up? Not really. Is it a step down? Well, It doesn’t quite have the moreishness that defines most of Carnavas and some of Swoon - apart from ‘Bloody Mary (Nerve Endings)’ and ‘Gun-Shy Sunshine’. The latter is both familiar and unique, with a fabulously nostalgic bassline that I will almost (but not quite) pay you to place. It’s probably the most experimental (and traditional) SSPU get on the entire album, and they succeed supremely.

Meanwhile, ‘Bloody Mary’ is without doubt the best track on the album and I say that without a ‘views subject to change’ disclaimer. I would stand by my word even if I wasn’t ever so slightly swayed by the borrowing of The Radio Dept's ‘Against the Tide’. It’s an excellent blend of the Pickups’ two styles – beat-driven mellow and beat-driven noise. In my mind, the rest of the album exists only in relation to this song.

‘Busy Bees’ right after it nicks the start of ‘Waste it On’/’Draining’ - a feature that steals some of the charm from the intro, but that a Nineties pop-rock chorus remedies. Then ‘Mean Spirits’ comes on and, in the wake of ‘Busy Bees’ provides you with the explanation as to why this album lacks the On Repeat ingredient that oozed out of Carnavas and was delicately glazed over Swoon. The strength of the songs on Neck of the Woods lies midway through them.

The openings of the tracks on this album come across, in turn, severe, sluggish, or samey. Even ‘Bloody Mary’ suffers from the affliction – a slow but not suspenseful build-up leads you to the juicy centre of the track (chewing gum analogy gone far enough? Yeah, I think so). ‘Simmer’ and ‘The Pit’ are the same – you can hear how the band has matured in the chorus. They’re experimenting far more with their vocal and instrumental arrangements than they did on Carnavas or Swoon, but you really have to make it through an iffy opening and, not as often, tolerate a forgettable or superfluous outro to enjoy each one. It’s a shame, because the ‘meat’ of each track is worth your attention. If you could lop off the start and the end at about 20 seconds on each side and just make the tracks fade in and out, you’d potentially have an album with the stickiness of Carnavas.

It’s the trouble with a good debut album, you know. You’re always going to be compared to it. For my numerous mentions of Carnavas , I do apologise. Neck of the Woods on its own is a good album, sure, but sabotages itself by giving us less to latch on to. The hooks leave our minds quickly, erased by distracting closers, and disappointing starts. However, I do suggest you buy it and perform a slight lobotomy on the tracks with Audacity. A snip here, a clip there – you’ll be left with a far more enjoyable recording.

The Very Last Of The Saints