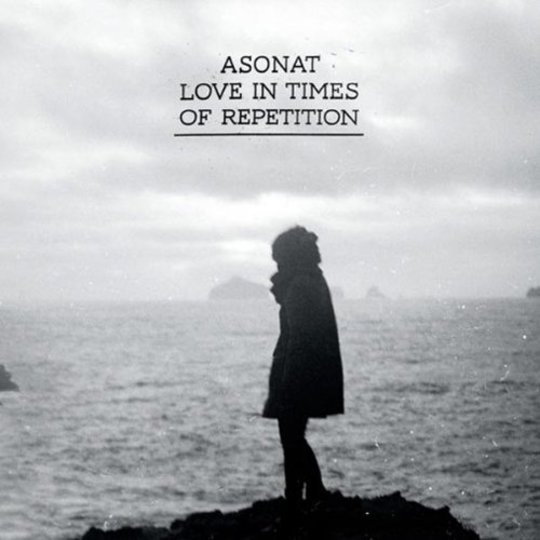 Poor Iceland. Thanks to the likes of Sigur Rós, múm and Ruxpin it’s impossible for the country to shake off the snowy postcard tag - at least when it comes to music. The place has cities; you think by now someone would have marketed arctic rap to the world (Rekjarap?). But bands keep on pimping the island’s icy lore, and newcomers Asonat are no exception, though perhaps with more reason than most (Jónas Thór Guòmundsson plays in Ruxpin, Fannar Ásgrímsson in neighbour act Plastik Joy). Their new group’s nationality and n5MD signing means that Love in Times of Repetition is a dead cert from the start, and you only have to look at the moody artwork to know what you’re getting into: big clicks from the little rock, or Com Truise breathing oxygen.

Asonat quickly roll out all the clichés you’d expect from a glacier electronica band. Basically, if you came looking for Tycho on ice you’re in luck, and as ‘I See Her Face’ starts hooting and murmuring about being under the sea, it’s like Disney’s The Little Mermaid on mescaline. ‘Expectations’ mixes old computers with more nonsense lyrics (”I got your message / We’ll find out soon / If this is what we have been waiting for”), very nearly a good Kraftwerk parody, while ‘Dandelions (For You)’ plays cracking snooker balls over Oléna Simon’s native vocals. It’s a constant brew of crunching, lightshows and vapours, with a weird acid edge like Oneohtrix Point Never falling down a piste.

But, in spite of the attempted variety, Love in Times of Repetition falls victim to the curse of many atmospheric albums: everything blurs into a whole, all the hi-tech pillow talk hiding individual songs. Some tracks are so derivative of IDM they’re almost satirical, like the sighing strings of the title track, or the circa ‘96 hardware on ‘Forgotten’. Even the poppier songs are annoyingly murky - ‘Part of the Plan’ thinks it’s Black’s ‘Wonderful Life’, only needing to be played over a Cadbury’s Strollers ad to complete the image. You have to wait around a while for something original to happen, though when it does it’s admittedly quite impressive - if anyone equals the voodoo/A-Ha mix of ‘What Have We Done (Silence Is Golden)’ then we must be in some sort of pandemic.

As predictable as Asonat’s debut is it makes brilliant background music, and anyone interested in snowmen or Aphex Twin will be able to have a good smoke to most of it. But there’s no discernible difference between this and many other n5MD signings which, while no bad thing, makes you question why two of the label’s stars would get into bed to produce a third, completely identical star. On the moments they diversify it’s like Fannar Ásgrímsson and Jónas Guòmundsson have fired a blunderbuss at left-field electronica, hoping to down as many as possible in the blast.

There are a few genuine hits - the bleepy, frankly staggering ‘Cycle Starts Over’ which will come as methadone to Boards of Canada fans - but most of it is music built for snuggling, best played while dozing off or breastfeeding. There’s enough heart and initiative to hint at a tighter and more focused second album. Asonat deserve to continue - all hippies should have access to MM8 sequencers.