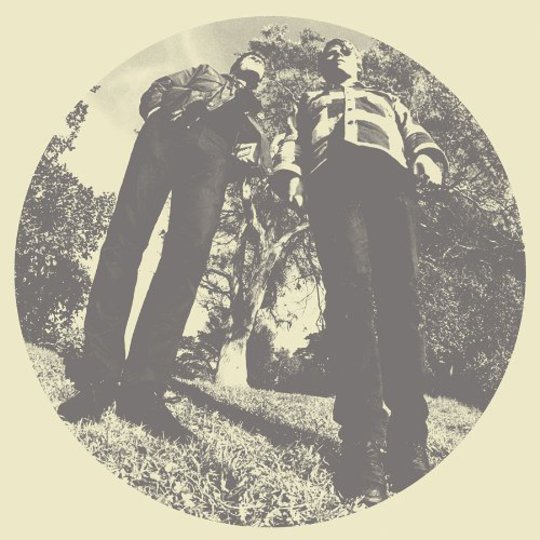 If it sounds a little underwhelming to say that Hair pretty much sounds like what you would expect a collaboration between broadly similar garage rockers Ty Segall and White Fence to sound like, let me assure you that it's also what you would probably want and hope it to sound like. Rather than coming together to spur each other into brand new and potentially ill advised territories (an outcome which wouldn't have been entirely surprising considering Segall's attempts to branch out on his slightly dialled down 2011 LP) the two artists instead spend half an hour playing to their pre-established strengths – staying in their comfort zones, and riding the fun, sloppy, rockin' sound to its effortlessly entertaining destination.

A question to anyone who plays a rock and roll instrument: have you ever been introduced to someone at a party who also plays a rock and roll instrument, and they suggest that you 'should jam sometime'? Hair sounds like this awkward social invitation gone brilliantly right. Two artists whose venn diagram was close to a perfect circle before they even collaborated, Hair stands as a collection of eight jams which sound as carefree, ramshackle and loose as they do well-formed and tightly focussed. Shuffling between jangly chords at peppy tempos, there's a real joy and energy passing between the two artists. It's impossible not to picture them in the practice room, giving themselves over to just enjoying playing garage rock together, sharing in a mutual passion for translating the music they love into the music they're making. Simple structures and melodies allow them to simply kick back and ride the jam, concentrating on the business of letting the guitars feed off the drums, and the drums feeding off guitars, shredding the frets and battering the skins as an end unto itself – just because it's just a fun thing to do. Listen to how songs like 'Crybaby' and 'Scissor Tongue' build themselves into rock and roll frenzies of extended grooves, accelerating tempos, hammered pianos and distorted guitar. Fuck the end of year lists – these guys are just having a blast.

All the way throughout the record are the glorious sparks of spontaneity, the throwaway flourishes which get ironed out of an over thought arrangement or an over rehearsed recording – the way the awkward guitar line wanders around under the third verse of 'Easy Rider', or the absolutely where-the-hell-did-that-come-from guitar coda of 'Time' for example. But that's not to say that there isn't a counterbalancing attention to detail and nuance to the recording and the production – the way the panning opens up the second half of 'The Black Glove/Rag' to create space for new interactions in the bread-and-butter arrangement, or the noisy implosion of 'Scissor Tongue' as it reaches its climax.

The way that Ty Segall and White Fence deliver the most indulgently fun facets of their garage-rock cores with such a pitch-perfect balance between spontaneity and craftsmanship is what elevates Hair from being a tossed off vanity project to an album which is more than worthy of being heard. Ty Segall and White Fence haven't reinvented themselves, nor have they revolutionised garage rock, but Hair stands as a welcome reminder of how enjoyable guitar and drum music can be both to play and to hear.