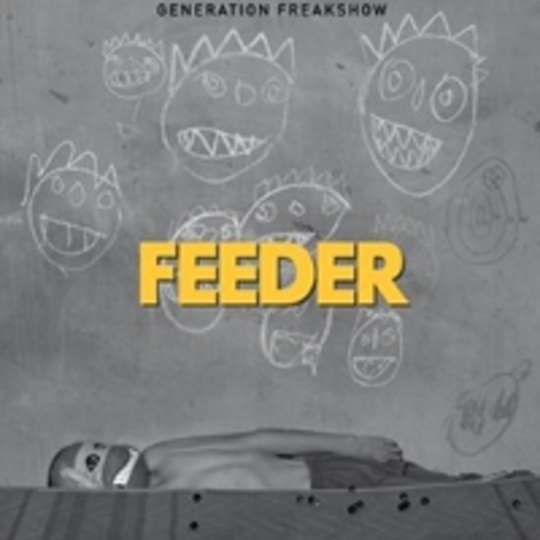 It's not big, it isn't clever, but it's sure as hell difficult to dislike Feeder. And don't let self-appointed bastions of cool tell you otherwise. After two decades of varying unfashionable-ness they're still going strong, even though core members Grant Nicholas and Taka Hirose could hardly be described as spring chickens. Still, they say life begins at 40, and while not suggesting Feeder's output prior to its principal songwriting duo reaching such a milestone age was in any way inferior, they seem to have enjoyed something of a rejuvenation of late. Silent Cry, from 2008, was arguably their most consistent record since 2001's breakthrough album Echo Park. And its successor, Renegades also highlighted a band still brimming with creativity after all these years.

Indeed, what Renegades seemed to reintroduce was the youthful exuberance omnipresent throughout both their Swim and Polythene periods when the band was still in its infancy. Bearing that in mind, it's perhaps no real surprise that the man responsible for producing them at their most rough and ready, Chris Sheldon, found himself invited to work on their latest long player Generation Freakshow. While not as raw as its predecessor, one gets the impression a similarly carefree approach was prevalent throughout the recording sessions here. While their arena filling days may be well behind them, they've retained a loyal fanbase in a similar vein to those devoted to kindred spirits the Manic Street Preachers. And like James Dean Bradfield and co, Feeder have remained true to themselves, making records for themselves rather than the marketing gurus and radio pluggers that dominate the industry today.

Perhaps the best way to describe Generation Freakshow would be as a career spanning collage that resembles moments from almost all of Feeder's past. Having gone on record earlier this year as saying it's possibly their most accessible album since Pushing The Senses seven years ago, Nicholas and Hirose have conjured up a collection of songs that wouldn't sound out of place on any mainstream radio or television channel, despite protestations to the contrary.

Opener 'Oh My' follows the traditional blueprint that made former singles 'Seven Days In The Sun' and 'Day In Day Out' such important landmarks in the band's extensive archive. Employing crushing layers of guitar upon its chorus while Nicholas delivers lines like "She spent the weekend getting clean flushing out the enemy", 'Oh My' represents their most incisive entree in years, setting the scene admirably for what follows.

Lead single 'Borders' may share the same bridge as The Killers' 'Mr Brightside', but it's the familiar crunching riffs and sardonic vocal delivery that seal the Feeder patent to its mast. Likewise 'Idaho' - the oldest track here, predating Renegades even, and the guttural punk rock of the title track, a timely throwback to the likes of 'Tangerine' and 'Crash' off their 1997 debut. Occasionally the mood and tempo lighten, with 'Quiet' doing exactly what it says on the tin while epic closer 'Children Of The Sun', on which Nicholas declares "It's time to leave" from the outset, waves its lighter aloft as this record's 'Feeling A Moment'.

As with most Feeder records, not everything here hits the jugular. Both 'In All Honesty' and 'Fools Can't Sleep' find themselves confined to the final third of the album, the latter perhaps unfortunately sandwiched in between the far superior ballsy rocker 'Headstrong' and aforementioned 'Children Of The Sun', rendering it forgettable by comparison. 'Tiny Minds', a leftover from the Renegades sessions given a second bite of the cherry here ends up as Generation Freakshow's anomaly, sounding neither in kilter with the rest of the record, yet never quite forceful enough to stand out from the crowd either.

Nevertheless, the good far outweighs the bad here, and with Generation Freakshow Feeder have created another strong addition to their mostly impressive back catalogue.