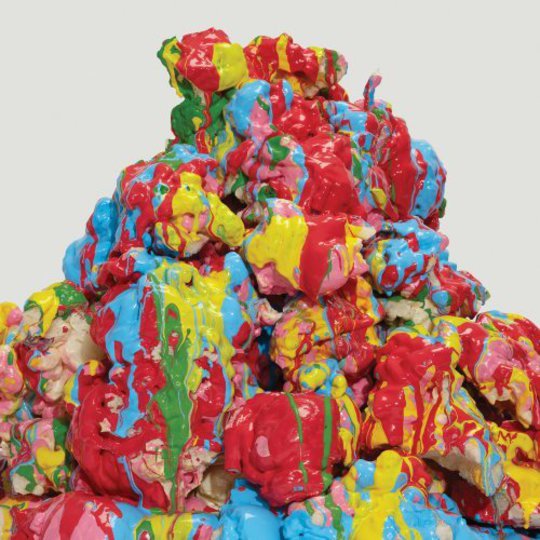 Ah! The humble (and occasionally not so humble) remix. In this case, a bunch of 12. The chance for a producer/DJ/bass player’s brother-in-law to take theingredients of a track and fuck it all up. Or bring someone untold chart success and a shit load of money. But far more commonly, just fuck it all up.

Now, sometime in the nineties, an East/West employee was dispatched to Cornwall to retrieve a promised and paid-for remix of a Lemonheads track from The Aphex Twin. Caught out by the visit, Mister Twin handed his unexpected guest whatever beat-beep-drill-glitch–stuffed DAT that happened to be nearest to the front door and sent the young buck packing. Under the circumstances, it didn’t seem to matter that the appropriate Dando-penned track had never been anywhere near the DAT in question. It had probably never been near the Cornish mad-cap’s mixing board either. It was gleefully taken back to London and probably slapped on the b-side of some single or other to ensure it’s chart position of, let’s say, 26 a few weeks later, reflected kudos secure. The generally scathing, isolationist and knowingly difficult attitude of Richard D. James sort of implies that this was an act of scorn and subversion rather than just him having got up late, missed the call and not got back to anyone, but I s’pose we’ll never know. Also in the Nineties, Suede sent one of their brand new Armageddon-themed calls-to-arms, ‘Introducing The Band’, to Brian Eno who rejigged their new album’s two-and-a-half minute, crafted opener into a sixteen minute ambient mess of texture and delays and, kind of, well, nothing. Once again, the token of association rather than the work itself was the pay-off and it was issued on the vinyl of ‘The Wild Ones’. On the flip-side (meh-heh…), getting Norman Cook to do a similar job could mean unheralded chart success and exposure - the obvious example being Cornershop’s ‘Brimful Of Asha’, my personal favourite his 1988, Jackson 5-sampling version of Eric B & Rakim’s ‘Know You Got Soul’. Yeah, so remixes. Anything can happen.

Gloss Drop, Battles’ album from which Dross Glop is sourced, is an epilepsy-inducingly busy record. It's truly mighty in places, intricate and unquestionably artful, but it's a bit like the décor in a modern Middle Eastern hotel room. Too many bizarre east-attempts-west abstract shapes and bits of text on the walls; little secondary lights you only discover when you turn off another light… It's not going to lull you to sleep outside of over-riding your brain into the agony of a coma. Many of these remixes simplify and extend the tracks, as is the general agenda with such things. Stretch out every single section and emphasise the kick drum. Make it easier for a DJ to mix it with other, similar tracks and in doing so, accommodate the tribal needs of a tent full of pilled-up wankers at the Big Chi… err.... I mean Secret Garden Party. (Too prosaic and stereotypical-a-view? Oh, I do apologise.)

Anyway, on Dross Glop this is done really well on the whole, probably because the source material is ridiculously rich, and secondarily, because no stems were dished out to the band's drug dealer who happens to quite like a bash at Logic when he's not sleeping, cutting or driving about. This was a responsibility granted only to figures who have gained the band's respect, camaraderie, and significantly, their ear. A nice homespun, organic and lovingly prepared supplement to Gloss Drop. It's the Hugh's River Cottage of art-rock-post-mix records (that’s the correct order of these words, right?).

‘Wall Street’ is well named in that it is a futurist, Tortoise-shaped monolith, all steel and glass and polished marble, that manages to maintain a heartbeat. Gui Boratto turns it into a slightly more pounding futurist, Tortoise-shaped monolith, (all steel and glass and…) that manages to maintain a heart beat, but with added electronic flourishes to act as pacemaker. ‘Futura’s fairground-gone-wrong-and-sped-up-with-children-possibly-injured schtick is simplified by The Alchemist and made to sound like Wu-Tang with it’s martial arts swords as snare drums. Shabazz Palaces also give the creepy death-hop treatment to ‘White Electric’, but in a more brooding, less bonkers way, whilst Kode9 make the most of ‘Africastle’’s gorgeous, stuttering chimes. These are worthwhile companions to the originals. They make the record work as a whole, but the real stand-outs here are the ones that kinda go further than the originals – the ones that are more intense.

The real beast is this: ‘Sundome’ is the relatively relaxed plateau that ends Gloss Drop. What EYE has done to it is insane. His mix is so dense and ridiculous and brilliant that it frequently disregards time signatures of any kind and just stacks shit up. Noise upon stupid noise. This is the antithesis of what I was saying earlier about remixes for festival tossers. This is a colossally fun-obsessed autistic monster that shows no respect for music really, just for sounds. It has a kind of naïve purity to it because of this. It is stunning and joyous and fucked-up. People may hate it because there’s nothing really to cling to but that is where the beauty is.

So, my recommendation is to take one Xanax for every four stones you weigh and wander 'round the most modern shopping centre you can find with Dross Glop in your ears. It'll take about half an hour before you are asked to leave, but it'll be avery special half an hour that you'll only slightly and in some ways regret. Embrace the stoopid, stoopid.