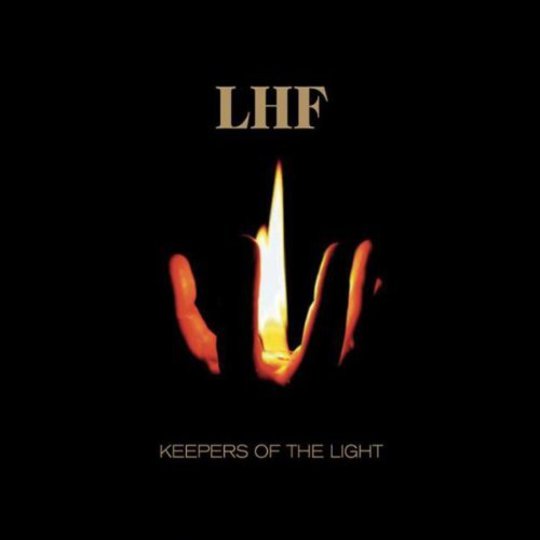 ”Tonight you are going to hear music you’ve never heard before!” screams a David Rodigan sample early on in Keepers of the Light. He’s not lying: creators LHF are a group of unidentified producers who take dubstep as a cue and warp it in four directions. Collaborators since they were kids, Amen Ra, No Fixed Abode, Double Helix and Low Density Matter have a combined talent their nicknames can’t describe, mining the world of underground soundsystems and mixing the pieces into George’s Marvelous Medicine. OK, it’s a medicine that takes 26 tracks and two and a half hours to digest, but LHF emerge from it one very lucrative supergroup: the Traveling Wilburys of bass music.

Serialised from their early vinyl, Keepers of the Light’s array of beats can be halved with its CDs: the malignant TV and jungle funk of disc one, and the crunching psychedelia of disc two. The first set of tracks are so catchy but headless you might think the four experimenters have been blinded: ‘Sunset (Mumbai Slum Edition)’, where No Fixed Abode plays upbeat dodgem music, or ‘Secret Lagoon’ with its bones and ooohing that resembles Bing Crosby doing voodoo. Amen Ra’s parts - the stylophones of ‘Simple Things’, and the whale-song bass of ‘Candy Rain’ add some melody, and some excellent Seventies sex funk on the breaks of ‘Essence Investigation’. Underpinning all the chaos is an ear for the street (and street demonstrations, as shown by the rallying voices on ‘Steelz’).

Disc two joins the group after a chat with the A&R man, featuring a much higher ratio of marketable hits. Still as colourful as they were on part one, LHF now seem focused, sticking to sluggish electro pricked with Buddhism. The direction may have something to do with Double Helix’s increased role, who favours beats that could punch through brickwork. ‘Voyages’ marries sci-fi tones with clips from Jason and the Argonauts, while ‘Bass 2 Dark’ takes homeboy discussion and bolsters it with scary piano and rave breaks. LHF still find time to meditate, such as on ‘’Akashic Visions’ (ironically featuring their heaviest beat yet), but overall the ambition here is to make some weapons, like ‘Indian Street Slang’: a Bollywood soundtrack gone gangster.

Keepers of the Light is a rarity for a double album: its indulgence (seriously, 144 minutes?) rarely grates, and its individuality doesn’t cramp its funkiness. Either divinity or extreme precision has made these ideas click, so Double Helix, Amen Ra, No Fixed Abode and Low Density Matter deserve their egos - at least until they produce a triple album, with ideas spread more thinly than Stadium Arcadium. But with a rumoured archive of 1000+ tracks, that seems unlikely. The years LHF have ploughed into Keepers… have been worthwhile, crossing rave, funk, garage and the clever lines from Matrix Reloaded. You need more than just a food mixer to do that.