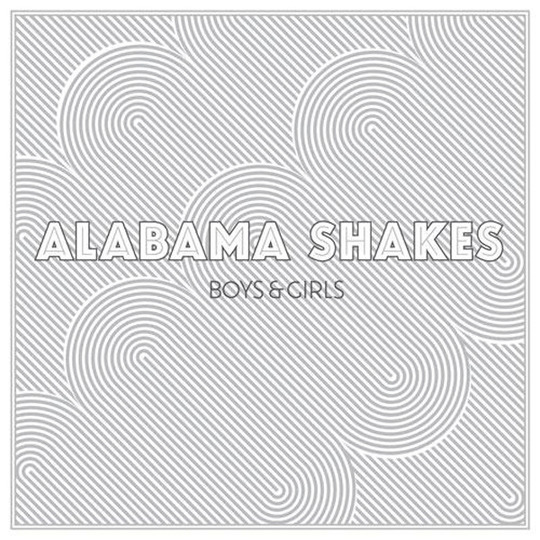 Remember The Bravery? They did that song ‘An Honest Mistake’? For those of you not thinking 'Hmm, oh yeahhhhhh...' they were going to be The Next Big Thing, a huge band who would follow in the perplexingly successful footsteps of The Killers by, er, sounding almost exactly like them. Like a crap Mystic Meg, NME predicted a similar wildly thriving career for these guys (citation needed, but it sounds like something they would say), with hit after hit soon to be belted out at 'indie' nights.

Now in the same vein as The Killers, their contemporaries The Kings of Leon have their own burgeoning Southern States soundalikes in Alabama Shakes. Earlier this year the band played three sold-out shows at London’s The Boston Arms, the first of which was enthusiastically tweeted about by Russell Crowe - you know, from 30 Odd Foot of Grunts. I was there too, and I stood next to one of the not-famous ones from Oasis, who seemed happy if a bit bemused by it all. Soon after the endorsement of these musical luminaries the likes of NME and The Guardian were predicting that the release of the band’s debut LP Boys & Girls would see Alabama Shakes take over the whole universe (and beyond!).

Admittedly my cynicism could easily be misplaced, as Alabama Shakes are rigidly adhering to the template for commercial and (brief) critical success. Singer Brittany Howard has a soulful, rasping voice that can do delicate on the likes of the album’s title track and ‘You Ain’t Alone’ and Robert Plant-esque fucked up rock on, er, most of the others.

Throughout the album there’s an emotional theme of y’know, having feelings and being strong and stuff, and lead single ‘Hold On’ has some pretty damn catchy hooks along with one of the album’s many riffs that sounds like something American Stars‘n’Bars-era Neil Young - admittedly, the kind he could have farted out in a second. It’s undeniably successful in a live setting, and V Festival crowds love that kind of shit but you might have guessed by now that I’m not overly enthusiastic about listening to it, at my desk, bashing these keys because none of the above means it actually translates into a good/great/life-changing/universe-winning-over record.

In the cold light of day the album feels flat and utterly predictable, Howard sounding less infused with the pained blues soul of Mavis Staples and more like someone shitting a hedgehog. When she sings “All I believe in is a dream” on ‘Rise to the Sun’ (they actually called a song that) or the 976th variant on that theme, only an idiot would be moved.

Those guitar hooks that had a crowd of drunken hipsters actually dancing up near Tufnell Park in London's glamourous 'North', on Boys & Girls sound pretty much the same, and it’s strange that on repeat listens they somehow manage to grow less discernible from one another. Meanwhile, they might as well have left the microphone on in the studio to capture someone saying “crap it’s near the end of the album: we need to shoehorn a couple of slow ones in here” just before title-track ‘Boys & Girls’ comes on. The nadir though is country horror ‘Hang Loose’, with a slide-guitar riff that sounds like it was aiming for 'Uncle Tupelo' until it slipped and hit The Eagles at their most cloying.

Without wanting to slip into NME/BBC/XFM/FFS Nostrodamus territory, Boys & Girls will probably be lavished with four-star ratings and shift a fair few copies, mostly to people who still buy CDs, in supermarkets, for £4.97. The band will probably even do a great set on Jools Holland’s show for my parents to enjoy. But then for the music fan (read: the cynic who hears a hundred new bands a week on the internet) this is an album to tire of before it’s even had the chance to permeate every pub you visit. No, indie guitar music isn’t dead, but would someone please kill it?