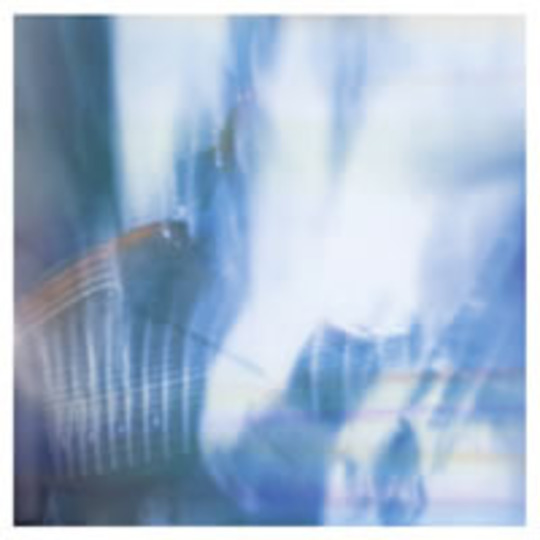 Difficult to believe as it may be, My Bloody Valentine weren't always held in reverence. Many of those same critics who've spent the past two decades kneeling at the altar of all things Kevin Shields weren't quite so approving some five years prior to that. Let's rewind to the summer of 1987 when the departure of original vocalist Dave Conway seemed to have left My Bloody Valentine in turmoil. Hardly press darlings anyway, having received fair to middling reviews for the majority of their releases at that point, not to mention having garnered a less than favourable reputation as a live band of shambolic indifference. Indeed, the first time I set eyes on them, supporting then-Paisley shirted Byrds fanatics Primal Scream at Nottingham's now-defunct Garage venue, only those with a propensity for wishful thinking could have predicted the tumultuous future My Bloody Valentine were about to embark on. Several false starts, broken strings and a set veering between the occasionally sublime but largely amateurish far from being the stock of which legends are born.

However, two things stand out about that show. The first one being it was one of Kevin Shields' earliest as co-lead vocalist, Bilinda Butcher only recently having joined the band. Secondly, several new songs would make an appearance that evening. Many of which would be unrecognisable due to the constant stoppages throughout the show, but one aired near the end which would go on to define the band and indeed provide the template for a glut of artists and genres for the next 25 years. The song in question, of course, was 'You Made Me Realise'. There had been a slight hint of the band's progression on previous release Ecstasy, EP highlight and former live staple 'Clair' suggesting a change in direction was underway.

Borrowing as much from Dinosaur Jr and Sonic Youth as it did UK sonic experimentalists such as The Jesus & Mary Chain, 'You Made Me Realise' sounded like nothing else on earth when first released at the tail end of summer 1988 and still doesn't today. While the (in)famous holocaust segment was then only a twinkle in Shields' psychedelic eye, the harsh brutality of its chord structure coupled with Shields and Butcher's sweetly cooed harmonies ensured its status as one of that year's must-own records. Indeed, sifting through the other four songs on the 12-inch, each and every one could have been the lead track (or a-side as they were called back in the day) in its own right. From 'Slow''s meandering reverb to the coarse yet subtly alluring 'Thorn', via Butcher's pugnacious 'Cigarette In Your Bed' ("Scratching your eyes out with a smile") and the melancholic 'Drive It All Over Me', the 'You Made Me Realise' EP remains one of the most flawless collections of music ever released.

It's perhaps fitting then that on this 24-song compilation spread across two CDs, the first one is kicked into life by the five songs arguably responsible for re-igniting My Bloody Valentine's career. Follow-up single 'Feed Me With Your Kiss', released three months later to coincide with debut long player Isn't Anything, takes the Sonic Youth hallmark a tad further. Listen carefully and you can hear traces of 'Death Valley 69' in its make up. Heavier than its predecessor in many ways, although not quite as incisive, the other three songs on this EP offering a preview of what was to follow over the next couple of years. Buried in flange and tremelo, 'I Believe' isn't a million miles away in structure from some of the more downbeat moments on Loveless - think 'Blown A Wish' for example. 'I Need No Trust' also takes a Balkan-style guitar interlude and turns it into a druggy nursery rhyme about lust. Less memorable is the equally hallucinatory 'Emptiness Inside', another experimental diversion that wouldn't have made much sense upon release, yet represents an opening piece of the jigsaw culminating in 1991's unparalleled masterpiece.

And so, the rest of EPs & Rarities 1988 - 1991's first CD is taken up by the Glider EP. Signalling a drastic seachange and taking the soon-to-be-coined shoegaze sound to the dancefloor in one foul swoop, its dizzying rush of layered guitars, processed beats and breathy vocal retorts make 'Soon' one of the most progressive pieces of music to emerge from the acid house scene. Even now its luscious tones remain as captivating as on first listen in the spring of 1990. While the EP's title track may have sounded uncannily like an angle grinder set to music, 'Don't Ask Why' and 'Off Your Face' embarked on the same route as 'I Believe' and 'I Need No Trust' two years earlier. The former, Shields performing lead vocals on this occasion, takes the form of a disjointed paean. Drawing on the object of his affection ("See all your sorrow, but be happy tomorrow), its trippy sentimentalism accentuated by the latter's dreamy sanguine, where guitars become intermittent sighs for the song's duration.

The second CD is perhaps of more interest to avid collectors and those that were there first time around. Of the 11 songs contained within, three have never been released before while one only appeared in the UK as a limited-edition flexidisc with short-lived music magazine The Catalogue. Structurally pitched somewhere in between the sonic excesses of Isn't Anything and experimental passages on Loveless, 'Sugar' occupies a middle ground amply bridging the gap. Having been first released in 1989 as a split with fellow Creation band Pacific, its omission from the annals is perhaps something of a mystery. Of the previously unreleased material, 'Angel' resembles a lot of Isn't Anything's more frenetic moments, not least due to Colm O'Ciosoig's blistering performance on the drums. 'Good For You' meanwhile could quite easily sit alongside even earlier releases such as 'Lovelee Sweet Darlene' or 'Sunny Sundae Smile', only the noise infused middle section dropping the most subtle hint that it belongs to the era depicted in the compilation's title. Centered around Shields' double-tracked vocal arrangement amidst a barrage of reverb and thrashing guitars, 'How Do You Do It' isn't a million miles from the laconic thrust of 'You Made Me Realise' in many ways, albeit without the suckerpunch impact. All three beg the question that if they weren't good enough to be heard when recorded, then why now?

The rest of disc two features the two instrumental pieces only available as a limited edition seven-inch with initial pressings of Isn't Anything, the full ten-minute version of 'Glider' and the mesmerising Tremolo EP. Indeed it's the latter that suggests MBV's future path was still rather unclear, the orgasmic 'To Here Knows When' seguing into the Eastern-tinged 'Swallow' before 'Honey Power' takes a trip back into SST Records territory courtesy of an effects-heavy halo of guitar. As with many of its predecessors on the EP front, 'Moon Song' takes the shape of a mellow lullaby, lyrically simplistic ("When I'm with you, I don't know what to do") yet utterly sumptuous all the same. The two instrumentals switch from the full-on sonic assault of their first two Creation Records EPs ('Instrumental #1') to a more dancefloor friendly shuffle ('Instrumental #2') suggesting Shields was spending more time at clubs like Shoom than Dingwalls.

Although marginally falling short of perfection as a complete package, EPs & Rarities 1988 - 1991 is a fascinating collection detailing the unassailable rise of arguably the most influential guitar band this past quarter of a century. That their most revered EP started life as little more than studio experiments from a band supposedly in the last chance saloon speaks volumes. What happened next is history, although whether there'll be a continuation to the story remains to be seen.