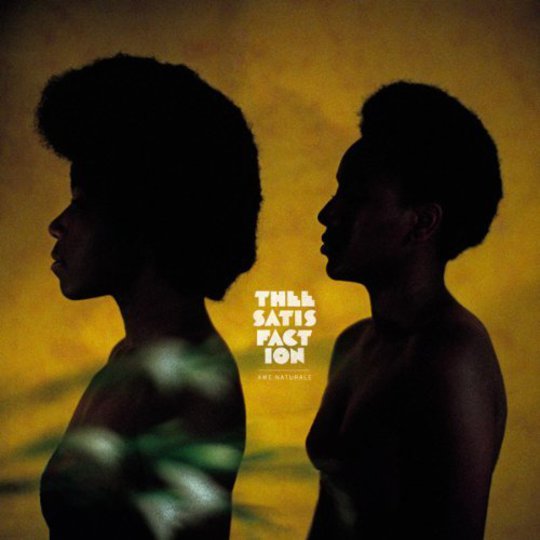 To listen to awE naturalE brings a few things to mind. Like the friends that keep you on track, that keep you rational, that keep your brain in gear, that keep your temper in check. “What are the ideals that hold you back? What kind of support do you lack? Why are we always on the prowl and ready to attack?” they sing, giving pause for thought. It recalls a YouTube video, viewed some time ago (pretty much always trust the recommendations of Stevie Chick), just two girls, raw and hopeful, a throwback to a time of hope. THEESatisfaction are a duo from Seattle (via Hawaii), making psychedelic hip-hop, crooning like a cross between a mix of a big sister and a spirit guide.

Disgracefully brief, awE naturalE comes on like a fierce, warm wave and ebbs away before you can even figure out how which way round the surfboard goes. Delightfully future-retro, it sounds as though it could have been made any time between 1972 and 2013 (ignoring the specifics of technological advances and lyrical references of course – a glib statement if ever there was one).

At times, the album sounds entirely ethereal; at others, it punches solidly through the ether. The unusually high number of track fade-outs don’t help with the occasional un-graspable-ness of it all. At just half an hour long, the brevity of the tracks (there are 13 of them) and the fact that they enter and leave with a whisper, can sometimes make it feel like a sampler, or an unfinished product, though that doesn’t really detract from the quality of the tracks therein. But songs with such an apparent message should at least have some kind of conclusion, surely… surely?

When they hit the mark, though, THEESatisfaction hit hard. Inventive and playful, their songs play out like animated thought processes, you’re invited to figure things out with them as they try to make sense of the world around. Lyrically, they make your ears prick up: “I am the bitch on the side,” they announce in staccato rhythm, making sure you pay attention, in ‘Bitch.’ Serious party track ‘QueenS’ is the ultimate guide to a night out: “Leave your face at the door / turn off your swag / check your bag… whatever you do, don’t funk with my groove.” I wanna go where they’re going.

They’re compatriots of Shabazz Palaces and sure, you can hear as similar vibe, musically, but don’t expect this to be Black Up Part II. They got their own thing going on. THEESatisfaction sit on the De La Soul side of hip-hop. They may have a point to make, about how we go about our day, how we treat our fellow comrades in the war of life, but they’re going to make it in a positive fashion. In fact, it is probably time to start a campaign for awE naturalE to be served up in large doses at anger management therapy sessions - get everyone to chill the fuck out.