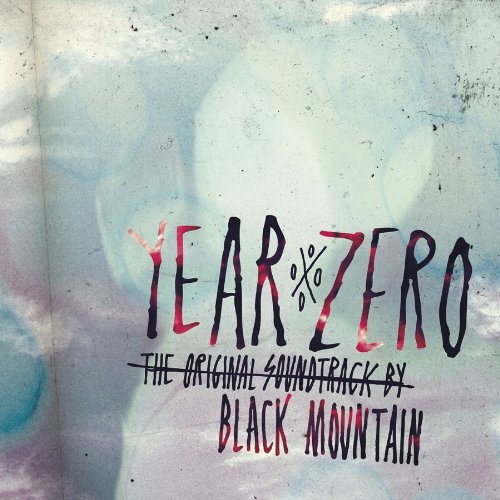 It’s a strange beast, but Year Zero also shows that there’s still life to be found in a band that you might have worried had run out of ideas.»

black mountain's 'year zero' soundtrack is nothing less than the band's full, powerful glory distilled down to one dense, 45-minute acid tab of music. the 'year zero' soundtrack weaves crunching, analog psych metal, futuristic droneouts and, somehow, a twisted saxophone ditty. much of the new material is driven by expansive, synth-driven swirls and a dangerous, rumbling low end. outlaw vibes, to be sure. black mountain's psychedelia has never been anchored to any one style, time, or genre. black mountain go to a place that is intergalactic and downright ruthless, with a sound big enough to stand up to the vastness of the ocean, the bigness of the sun, and the lives of the people left living. the film 'year zero' is nothing like your ordinary bro-time surfer flick. shot around the world on 16mm film, 'year zero' is set in a near-ish future where the world as we know it has ended. director joe g places the survivors in a damaged but stunningly beautiful place, a world where the reset button has been hit, where we hold onto the vestiges of the things we love, but those things become weightless, and the ensuing freedom is as exhilarating as it is scary. to simply call it post-apocalyptic is to undermine the imagination that joe g brings to the world's remains, and 'year zero' is ultimately as much a 'surf movie' as it is a movie about earth illustrated through surfing.
description from www.roughtrade.com