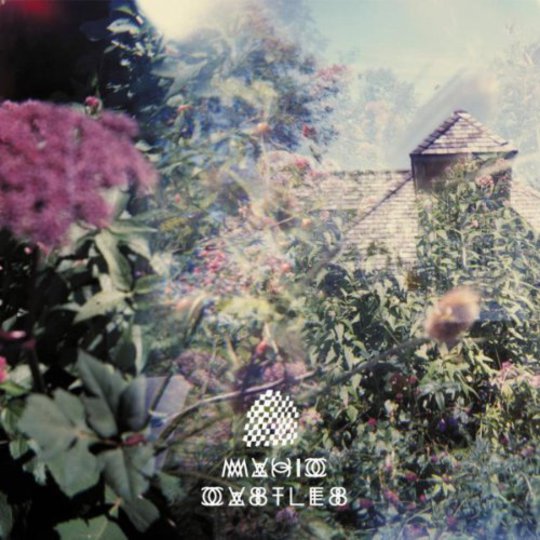 Magic Castles are a good example of how association with a big name can market an otherwise disappointing record. Now on their fourth album (the other three are out print), The Brian Jonestown Massacre’s Anton Newcombe signed the band to his ‘a’ Records label after viewing fan posted videos on his We Are the Radio/Dead TV social experiment. Many descriptors (including this one, of course) will probably push that fact so far into your face, you may as well have Newcombe's name burned into your retinas. No surprise that this psychedelic five piece (the press release recommends you “Light up a smoke”, maaaaan) take cues from the BJM's own sound, and then essentially numb it down in a smoky haze.

An indulgent lot, the two longest tracks here both stand at eight minutes something. Amongst lilting guitars, ‘Ballad of the Golden Bird’ regales us with tales of ancient lands where ancient castles do stand, whilst the snail paced drone of ‘All My Prayers’ trails off into what seems like an eternity.

Even slower is ‘Songs of the Forest’ which hangs on a repetitive swaying bass rhythm for its entire length. The shorter tracks (‘Now I’m a Little Cold’ ’10 100’ and ‘Letter Box’) either drag on for ages because of their extended solos or feel like they’re moving without a destination. And vocalist Jason Edmonds’ voice is often buried so deeply into the mix, it becomes almost inaudible. With a little less self-indulgence here, these could be quite decent tracks. Unfortunately, just because you’ve had enough of their tedious psychedelia, doesn’t exactly mean Magic Castles have. Perhaps the worst offender is closing track ‘Emery Memories.’ Filled with rickety instruments and joyful stupidity throughout, it even makes Beady Eye's take on Sixties nostalgia sound good.

Magic Castles does have its moments. ‘Big Sur’ is a nonchalant surf number that wouldn't be totally out of place on a Tarantino soundtrack, ‘Imaginary Friends’ is a more carefree take on the same meandering intro of the Horrors’ ‘Endless Blue’. And opening track ‘Death Dreams’ aims for the Brian Jonestown Massacre’s folk and perfectly strikes the bulls eye several times over. More brilliantly outrageous is ‘Mystical Sage Warrior,’ its absurd name adding to the experience. A psych gaze assault on the senses, its thrashing guitars, demonic vocals and overall freak out threatens to come at you from every direction possible. It’s one of the more visceral moments of the LP and one that’s much needed.

Magic Castles is proof that just because you own a great psychedelic record collection, doesn’t mean you can particularly make one yourself. The Minneapolis natives certainly aren’t strangers to the sound they play with and can replicate it with confidence. Perhaps those new to the genre might find this interesting, but for those already familiar with the hundred or so other imitators out there, Magic Castles is one record to sidestep this time around.