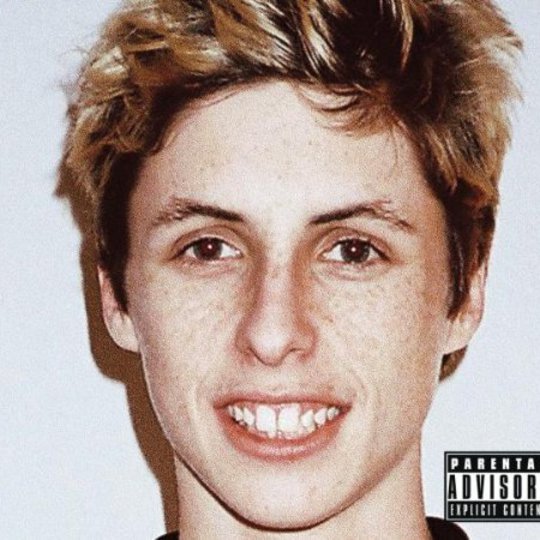 A portrait of male pubescence in grotesque free-fall. A junk-art mirror-image of the sickness festering in the future of society. Larry Clarke's 11 apostles. Music's last punk band. Now, no more. We're in the realms of novelty as of OF Tape Vol 2, with the novelty in scant supply. In the field of shock art, there's a fine conceptual line separating a faecal-based art installation and a load of old shit. Odd Future are over that line and away.

It's difficult to pinpoint exactly when on OF Tape Vol 2 the collective stop being transgressive art and crossed the border into puerile trash. Less abstract, less experimental, and less absurdist in tone, OF's first post-fame collaboration is a definitively less 'artsy' offering. But thats not it; there's more than that to separating provocative art from bad taste dreck. But somewhere between the clumsy, turgid crunk; the tedious skits; the chintzy bass tracks; the witless, over-egged comedy, and Tyler's banally literalist, increasingly uninspired bouts of self-examination, the collective lost their shock-art mojo; that ability to challenge the way you think about the nature of western culture, by means of extremity. Put simply, the music has lost its power.

The problem lies mainly with the move away from macabre synth-rap to languid r'n'b - exampled in Tyler's 'Her' on Goblin - which underwrites the vast majority of the tracks here. On one level the genre makes for a pitch dampening, tepid and pace-slowing foundation, compared to the cauterizing punk misanthropy that defined Bastard - an album of staggeringly violative fare, both outrageous and alien, as is how transgressive art should be. The absence of tracks like 'Sandwitches', 'Oblivious', 'French' and 'Splatter' has stripped the collective of their exotic indie-rap otherworldliness, their outsider danger; with the r'n'b substituted in to normalise their sound. It also stinks of the collective pandering to their idols in the mainstream game: arguably they've compromised here, in order to conform, when what they should have done is stick to their guns. Because what they had before was precious and ephemeral: the dark energy of dispossessed youth. A quality that is out of reach for their grown up idols.

On another level, however, in terms of a vehicle for the delivery of misogynistic content, lascivious soul-funk is a discomfortingly matter-of-fact mode of presentation. The air of unreality provided by the old horror rap aesthetic rendered OF's extreme misogyny pure fantasy. But without that cloud of illusory macabre, what was once art becomes something mundanely real, and thusly humdrum, in the ugliest way possible: like daytime soaps, reality TV - trash basically. But not by any stretch of the imagination, art.

Shock art is only art if it announces itself as such, loudly so we're sure. Yet the nonchalant way that reprehensible content is delivered here is as if oblivious of that conceptual delineation. It sounds casually anecdotic, like a would-be rapist bragging over late-night elevator muzak. And the abiding impression is of youngsters so desensitized they don't even know that it's wrong.

Problems continue in the shape of the production. Indie hip-hop is on the brink of a production golden age, with the arrival of the octi-limbed Shabazz Palaces, cloud-rap pioneers Main Attrackionz, the data-damaged Death Grips and the rise of the LA beat scene. By contrast, the self- produced OF Tape Vol 2 seems pedestrian, basic and, most of all, uninspired. OF are in dire need of a professional producer. Not only for the purposes of technical sophistication and, ideally, quality control, but also to provide cohesion - to mastermind the central unifying idea of OF, if there is one. Before, their no-fi approach worked, of a piece with their gonzo punk harshities. But smooth r'n'b, along with the various genres dabbled in here, demand high-quality composition and immaculate production in order to work. And inexplicably absent is The Jet Age's anticon-indebted stuff; the discombobulated avant-beat fare that before represented the production vanguard of the collective.

OF Tape Vol 2's 18 tracks range from the tacky to the middling. Lounge funk duo The Internet score with the classy and atmospheric, if typically undisciplined 'Ya Know,' while the seedily hallucinogenic 'Sam (Is Dead)' profits from murder-fi synths and an on-form Tyler. 'H Cap'd', meanwhile, uses 808 drums and a Wagnerian-level trumpet to formidable effect, while 'Rella', with its barbaric synth line and deranged tone, courses with terrible glee. Frank Ocean's angelic 'White' is predictably diamond-encrusted, while 'Snow White' is tense and glowering, alternating schizophrenically between Neptunes-esque synthwork and an insistent, sheer beat. Elsewhere, 'P' sees a real return to form, a perfect balance of skulking hip-hop and psychotropic effects. The rest is awful, like truly dismal, cheap and nasty crap; from the amateurish crunk on 'We Got Bitches' and '50' to the reedy r'n'b of 'Analog 2' and 'Real Bitch'; from the preset hip-hop of 'NY (Ned Flander)' and the insipid 'Bitches', to the unaccomplished coke-rap trappings of 'Forest Green', right the way up to interminable 10 minute long closer, 'Oldie'- a one-note, dragging and heinously dull meeting of all 11 members.

By the end you yearn for the old days; the rooted, the real, the soulful and the principled; the sturdiness of Nineties rap, the human-ness of a Nas or a Tupac - artists who OF once provided illicit, almost modernist salvation from - their nihilism, moral ambivalence, and apparent of souless-ness forming the antidote to hip hop rootsiness: earnestness, street moralising and community spiritualism. A cold (odd) future-shock. But over the course of OF Tape Vol 2, souless-ness has curdled into banality. And the only thing you really are left with is a vague impression that little boys grow up too fast in Fairfax, CA; and an interrupted childhood begets a type of retarded masculinity. For the first time in their combined 15 albums they sound like nothing more that a bunch of kids who can't believe their good luck. And on OF Tape Vol 2, neither can we.