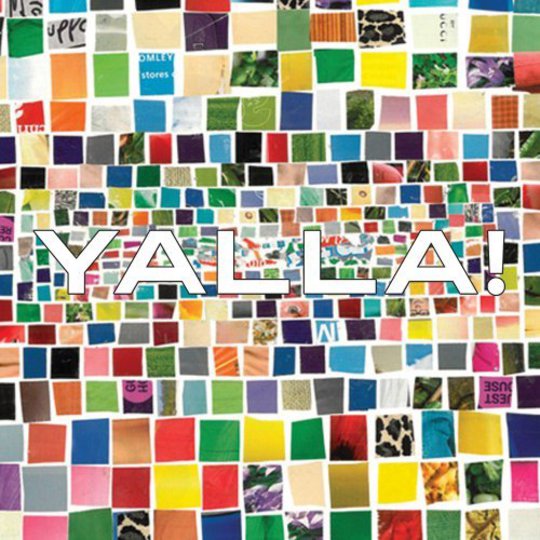 One day, Thomas White out of the Electric Soft Parade decides he needs a little break in the sun (to be fair, Tom has been through a lot of shit these last ten years - the fact that he still has the inclination to be making music at all is amazing. The fact that he has the thirst and discipline to do so in three separate acts is, frankly, staggering, but some people can just do that I guess. Anyway, he is more deserving of a break than most musicians.)

So, he goes to Egypt, perhaps foolishly on his own, and he finds that he doesn’t really like it there. He then decides he's gonna pass the time by writing and recording some little songs as, fortunately, he has brought with him a guitar, a laptop and, in the absence of a proper microphone, a video camera. As you'd expect, the results are acoustic paeans that are delicate, ever so slightly ramshackle and often very beautiful.

It sounds a bit like Papa M's Whatever, Mortal but with less textures, a bit more homespun and winsome in character and, bizarrely, more cleanly recorded and with generally better singing. (However, I should probably add as a disclaimer that the opening track on that album: ‘Over Jordan’ has absolutely amazing vocals, not dissimilar to The Sons Of The Pioneers, but slower and sadder - one of my favourites ever, but not what I’m supposed to be telling you about right now).

Very impressively, Thomas manages to communicate the intense, idyllic sunshine of the recording location, at the same time as putting across a bleak melancholy, coming as a result of his isolation and his understandable yearning for home. This blend of emotion is sort of amazing in itself, really, as, generally speaking, these types of atmosphere aren’t far off being contradictory. But he has done it. Somehow. And it’s both impressive that he’s been able to do it at all, and pretty stunning in execution as well. It’s bit like seeing someone being blinkingly awakened by a bright, warm light. Fittingly. Although it’d be weird if you were in a position to see that happen.

The track that opens the door of the house called Yalla! - just enough so it can creep in unnoticed - is ‘All The Fallen Leaves’. It’s a bit like an acoustic version of Mogwai's 'Take Me Somewhere Nice', if Mogwai weren’t petrified of their own singing voices. ‘Diver's Torch’ is a gorgeously understated hymn to the simple pleasures of relaxed weekend drinking in your hometown. In this case Tom is homesick for Brighton and you can feel the yearn here. You can feel it really fucking strongly.

The rising three part harmonies of 'Dreamt I Dwelt in Marble Halls' (with its “I couldn't hate you if I tried/and believe me I did” pay-off) brings the sunshine again and ups the tempo a little (though let’s not get carried away – at no stage does this album burst into ‘Suspect Device’ or anything). This is probably the Thomas White song that people are telling me they are hearing Lauren Laverne play on 6 Music. This is also the song that reminded me of Graham Coxon’s beautiful The Spinning Top album. In subsequent listens I started to pick up that touch point all over the place. I couldn’t move for it. And with that, I’ll stop trying to illustrate what this album sounds like by picking out tracks and abstractly describing them. You get the idea, I think. It’s folk-y and it’s minimal and it goes someway to the sublime, but theenforced restriction on instruments and stuff, dictated by the recording scenario, also dictates that this record’s horizons are a bit restricted.

The album suffers slightly when its ten tracks are swallowed old-school, all in one go. It’s a bit same-y. Which is unsurprising given that these pictures have been all been painted using only about three colours. I know the obvious reposte is that Dylan did it that way, but, if I’m anywhere near concentrating, I find it hard to take ten tracks of his, all from the same era, in the same sitting. I love Dylan but…

Most of the songs here are truly lovely but it’s a bit of a case of them being a nice, pained, sun-kissed treat-of-luck, when any of them come on shuffle (this is how I realised ‘Lungful Of Air’, for example, was actually great). In the pack, they can begin to feel a little anonymous but when dealt out individually they can really brighten an 11-minute wait for the bus.