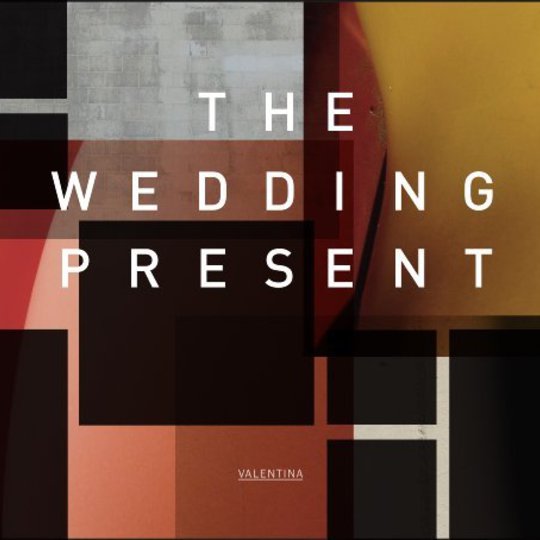 A new Wedding Present album feels like going out for an evening with an old, old friend. You know the friends I mean - they're the ones who you may not speak to for months or years at a time, bar a hurried phone call or sarky Facebook comment. But, they're also the ones that, when shit goes wrong or when shit goes right, they're the first on the phone. They're the ones that, when you do catch up, those months and years of distance melt away in an instant. You both might be a bit more tired around the eyes, you might eat sushi instead of burgers and drink ale from a microbrewery rather than cheap lager, but there's an innate understanding there, an honesty, a connection that won't be broken.

Valentina is no different. from the opening drum beat and guitar hook of 'You're Dead', you know you're in familiar territory. All the key hallmarks of David Gedge and co are present and correct: the jingle jangle guitar with a chainsaw edge; the insistent, rolling drums, the quick-sharp key switcheroos and quiet/loud dynamics, and Gedge's off-key wail. Yes, they're pop songs with a razor edge, but it's a vintage that's improved with age. It's a little lighter here, a little darker there, a touch less taut and caustic - but the core remains just as raw and honest as it was 25 years ago. And the last 30 seconds of 'The Girl From the DDR' are simply sublime.

Something else that's improved with age is David Gedge's cynical romantic persona. Valentina wouldn't be a Weddoes album without being stocked with tales of cruel and tricksy love and it delivers in spades. Age has simply added to our world-weary narrator's woes, and Gedge is alternately spitting in fury, yearning, self-loathing, rejected, rejecting, punching above his weight and declaring true love, all deftly expressed with Gedge's familiar sardonic wit. Album closer 'Mystery Date' even ends on a high note - a rarity in Weddoes world.

Part of the attraction of seeing old friends is that there's no pretension. You both go back far enough that even if you put on airs and graces, you'll be cut down to size in an instant. You know who you are. Don't expect vast departures from the formula on Valentina; the Weddoes know their niche. But how superbly they fill it. Older, wiser, maybe a little less caustic in the execution - but as still sharp as a knife.