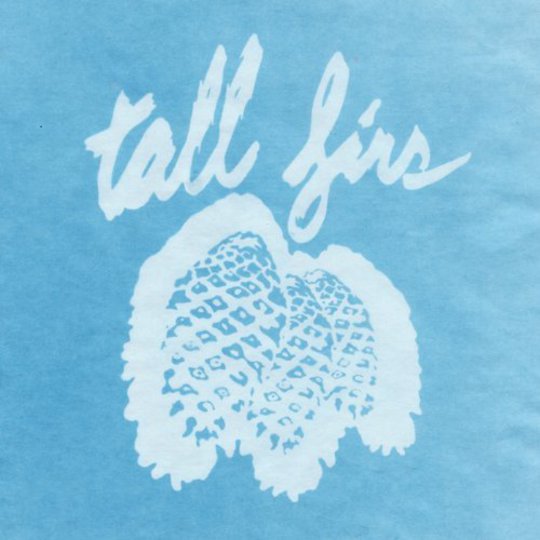 Somewhere in the subdued squalor of Tall Firs’ third LP there is an angle worthy of opening an album review. Some sort of dramatic tension or compelling turn of events to pique your interest and keep you reading beyond the first paragraph. It’s in here somewhere, I’m sure. I hope...

Truth is, Out Of It And Into It suffers from a pretty unremarkable inception. It’s the New York City-based pair’s first collection of songs since they departed from Thurston Moore’s Esctatic Peace! label to ATP Recordings. Fleeing the bosom of one indie stalwart into the arms of another alt-rock institution is hardly the stuff of exclamatory headlines though.

Nor have Dave Mies and Aaron Mullan shifted their sound into expansive new textures and three-part harmonies. If anything, Out Of It... is a step back to the semi-acoustic folk of the band’s self-titled debut after 2009’s percussion-infused Too Old To Die Young struck a critically muddled note. Recorded early last year after Mullen had completed a stint reviving the Neu! back catalogue with Michael Rother’s Hallogallo, the most hyperbolic statement that can be written about this album is that it may well be Tall Firs’ most skeletal yet.

Like their contemporaries Cass McCombs and Kurt Vile, the duo’s downbeat songs evoke a morose attitude even when their content is positively glowing. Lead single ‘Crooked Smiles’ is meant to be about the weary cheer worn by many an ATP attendee at the end of a long weekend. Sat on a tracklisting that includes the likes of ‘Suffer So Long’ and ‘Suicide’, you could be forgiven for misinterpreting gallows humour of a particularly bruised vintage.

Despite its brief 33 minute running time, this record’s shroud of gloom is oppressively relentless. Occasionally, some shards of levity are allowed to breathe life into Out Of It... and the results are well worth cherishing. Both ‘Edge Of The World’ and ‘Axeman’ elevate their central misery beyond self-pity to a harrowing permanency that is profoundly affecting.

The rest of the LP lilts in a similar breeze of gentle string-picking yet struggles to be anywhere near as memorable. No sooner have ‘Reveille Of Babylon’, ‘Loss For Words’ and ‘Waiting On A Friend’ wafted into clarity, then they drift off again on a cloud of their own innocuousness. “It’s my world. It’s my song. No one asked you to singalong,” croon the duo on ‘I Couldn’t Say It To Your Face’ and in all likelihood you won’t.

As it turns out, the defining feature of Out Of It... is this lack of a subtle affliction or blockbuster cataclysm with which to gel these 11 tracks together. Dig deep enough and you’ll find a sketch of significance, a glimmer of greater worth but it’s too ill-formed to really make out meaningfully. Fixating on this may be no way to start an album review but it seems a wholly appropriate note to end one on.