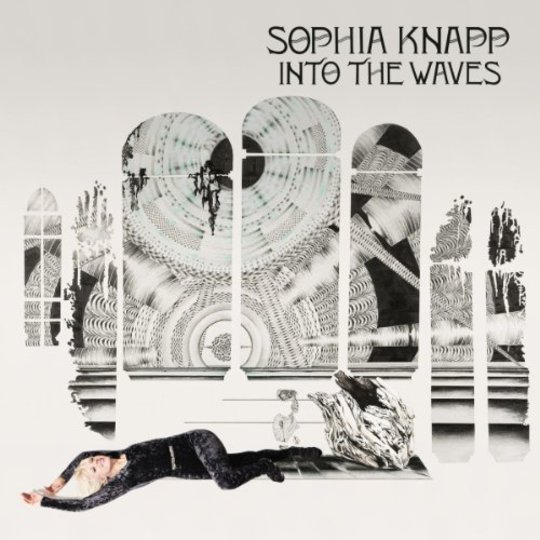 It wouldn’t really be fair to say that Sophia Knapp is a reed that knows to bend with the wind, especially when in the scheme of things we talk only of the gentlest breeze. All the same, in her brief recording career so far the Brooklyn singer-songwriter has found herself just the right side of shifting microtrends – initially as part of a duo, now solo for the first time. You might have encountered Knapp as one half of Lights, who had their 2008 debut LP released by Twisted Nerve in the UK. It never really captured wider attention, but was a pretty great example of the songwriterly end of what I will reluctantly call ‘freak-folk’, knowing that people at least know what it means – in this case, Joanna Newsom, Espers and Marissa Nadler.

Following a second Lights album in 2009, they changed their name to Cliffie Swan and released an album, Memories Come True, last year. Although the name change may have been prompted by the shit-awful electropop Canadian who also calls herself Lights, it also signalled a shift for the duo’s sound, into idyllic, beardily psychedelic Seventies-style Laurel Canyon country-pop. Once you’ve taken this on board, Into The Waves becomes far more logical a progression, as well as aligning her with current re-emerging triumphs like Sharon van Etten.

The chief difference between Cliffie Swan and Knapp on her own is that the former project emphasises the country in country-pop, maintaining an ‘organic’ ‘vibe’ through Real Instrumentation. Into The Waves, meanwhile, is awash with twinkling synths, albeit the gently plasticky kind you can imagine taking up far too much space in a studio circa 1976. They lend ‘The Right Place’ such a pulsing sense of airy drama, you could imagine the song retweaked as a cosmic disco jam, while the title track makes efficient use of a high vocal register and, rhythmically, could plausibly be traced back to Moroder or Krautrock (could ‘I Feel Love’ have existed without Kraftwerk? This question will probably never be conclusively answered).

Knapp’s most obvious ancestors, though, aren’t futurist key-prodders, more trad-at-heart rockers who pushed things forward thanks to drugs or self-indulgence or both. Fleetwood Mac are the elephant in the room here: Into The Waves is far more easy-going than stadium-era Mac, less cynical and brutalist, but if you’d called in on the group as they recorded Rumours in 1976 and told them that 35 years later, someone would manage a decent approximation of its sound having rustled up $2,000, you might have encountered a few raised eyebrows. Or flared nostrils. Anyway, cuts like ‘Weeping Willow’ – one of two duets with Bill Callahan, her boyfriend – and ‘Looking Into Another Day’ draw both on this multitracked high gloss and the downhome yearning of, say, Laura Nyro. “There’s photographs / To prove that you’re alive / Seen in crystal balls / And paintings hung on snow white walls,” intones the Smog mainman, nailing that vibe of raddled post-hippy fantasy rather well.

The other standout name in the album’s credits is ‘Bassy’ Bob Brockmann, so named due to his work as a session bassist – the role he fills here – but best known as an engineer on literally hundreds of r’n’b and hip-hop records from the Eighties onwards. While this clearly says something about Knapp’s ambitions for the album, one suspects that if it leads people to make assumptions about Into The Waves, they will be wrong and horrible. Suffice it to say that this isn’t 2012’s entry into the ‘modern urban music for indie rockers’ canon occupied by Janelle Monae, The Weeknd and My Beautiful Dark Twisted Fantasy, regardless of whether that makes your eyes light up or your face screw up. However, Brockmann does lend a certain swinging soul to the five tracks (of the ten on the album) he plays on – ‘Close To Me’, especially, excels in the business of clipped, efficient pop-funk, the sort of retrograde reimagining that got that Destroyer album plated from here to kingdom come last year.

This feels a sight more natural, mind you, and also features a voice infinitely preferable to Dan Bejar’s indie weediness. It’s a highlight of a fine album which might be too much of a period piece to truly be the ‘sound of 2012’ or somesuch, but has a greater chance of making Sophia Knapp into a minor unit-shifter than Lights or Cliffie Swan ever did.