Put Your Back N 2 It 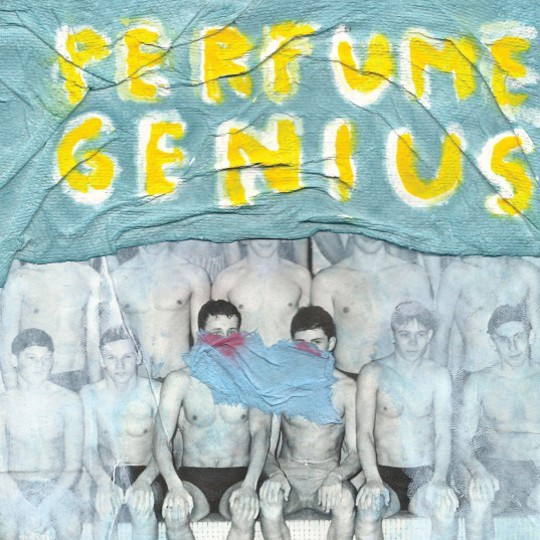 There are some artists that evidently try too hard, some that obviously fake it, and then there's Perfume Genius. Say what you will about Seattle-based musician and songwriter Mike Hadreas but one notable aspect of almost all his compositions is an undeniable tendency to wear his heart on both sleeves.

Whereas 2010's captivating debut Learning provided a brutally honest introduction to the world of Hadreas as Perfume Genius, its successor Put Your Back N 2 It documents heartbreak, rekindled love, family ties and hopefulness in 12 oblique yet minimalist pieces. At times the lyrics are inaudible; one could imagine Hadreas physically struggling to come to terms with some of the subject matters while making the record. There's elements of Put Your Back N 2 It that demand uninterrupted attentiveness, others whereby it's difficult to envisage how its creator coped with making such a deeply personal record in the first place. What isn't in any doubt is that these compositions, from Hadreas' distinctive, fragile vocal through to the orchestration behind the compositions themselves represents a significant progression from the bolt-from-the-blue that was Learning.

Sure, there's the unnecessary controversy surrounding YouTube's decision to remove an advertisement clip for the album due to its supposed 'non family safe material' and 'mature sexual themes of an adult nature'. However, it would be a shame if Put Your Back N 2 It was only remembered for the video to its lead single, 'Hood'; partly because its by no means the best song on the record but largely due to the fact there's a minefield of trials, traumas and tribulations to be explored and get lost in here, without getting bogged down in oversensitive disputation.

Comparisons to the likes of Conor Oberst, Elliott Smith, Stephin Merritt and Justin Vernon are all warranted and justified at various points, Hadreas's assertion that he "wanted to make something you can listen to for a long time" rings true when placed alongside the cream of that list's impressive works. 'AWOL Marine' might sound like a simple semi-classical piano piece from the outset, yet there's something quite evocative about the song said to be inspired by a homemade basement porn movie. Likewise the acoustic country strum of 'Normal Song', Hadreas's vocal pitch switching uncontrollably throughout, intoning "Please pray for me" at one point.

If the self-loathing sentiment of '17' finds itself transported via one of Hadreas most harrowing vocals, the soulful 'Take Me Home' conjures up images of legendary country singer Skeeter Davis. "I'll be so quiet for you" offers Hadreas to the song's subject. Pleas ignored, "Look like a child for you" he then declares. "Be like a shadow, of a shadow, of a shadow for you", at which point the slightest drop of a pin could avert all concentration. Its such moments of eloquent beauty that make Put Your Back N 2 It a soothing rather than uncomfortable or uneasy experience.

'Dirge', which reinterprets Edna St. Vincent Milay's 1920s poem Dirge Without Music sounds hauntingly cathedral-esque. Pitched alongside 'Dark Parts', where Hadreas's voice resembles a younger Steven Patrick Morrissey, both depict various stages of a strained relationship. 'All Waters' stands out from the rest of the album due to its heavily distorted vocals which border on the ethereal without ever really saying much, rendering it one of the weakest songs on the record. 'Floating Spit', meanwhile, makes a case for being arguably Perfume Genius' most accessibly pop three minutes to date. Melodic and flirtatious, complete with lavish eighties-style production sheen, its an undisputed highlight on an album bearing several.

By the time 'Sister Song' brings Put Your Back N 2 It to a dramatic close, Hadreas assuming Stephin Merritt's mantle as the king of sardonic wit with stylish aplomb, the record's infectious nature makes you want to go back to the start and do it all again. And in these times where devouring music has become something akin to fast food consumption, there's no more hefty praise than that.