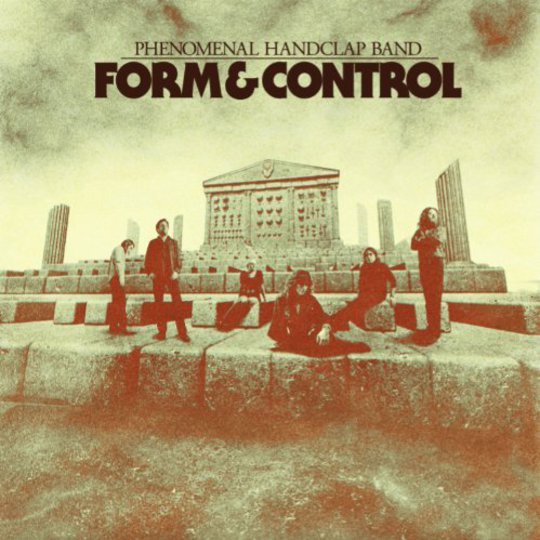 New York’s Phenomenal Handclap Band first gathered momentum with the European and American club hit ’15 to 20’ which also featured in the 2010 film Twelve. This initial buzz would soon wear off, however.

Formed by DJ/producers Daniel Collás and Sean Marquand, the duo’s East Village recording sessions eventually led to their evolution into an eight-piece act, and their recordings at London’s RAK studios (famously used by Hot Chocolate, fact fans) is where they would produce their self-titled debut. Despite featuring guest appearances from members of TV on the Radio, Amy Winehouse’s backing band and Lady Tigra, Phenomenal Handclap Band’s psychedelic and Seventies flavoured funk failed to impress critics - proof that quantity doesn’t exactly mean quality.

Nevertheless, the band still managed to impress enough to bag a tour slot with Bryan Ferry and their second album Form & Control sees them return to their nostalgic routes with a sleeker feel.

Listening to it though, you may often ask why. Explaining the record, Collas says: “The lyrics are about making a deal with the Devil and how some people became so famous over history. It’s a pre-destined path, but perhaps you have to give up something to make it possible.” However, Collas’ humanely existential musings prove pointless as the faceless and glossily produced Form & Control is devoid of any real soul.

On the galactic disco of ‘Following,’ Laura Marin’s robotic voice urges: “Come and join us in this room.” But rather than being the enthusiastic call of someone asking you to strut your stuff, Marin sounds more like an emotionless droid drained of all energy by the cheesiest of Seventies discos. ‘The Right One’ eventually transforms into Django Django’s ‘Hail Bop’ but ultimately lacks any of the Scots’ wonderful character. Then there’s ‘The Unknown Faces of Father James Park’ which opens resembling Calvin Harris’ ‘Merrymaking at My Place’ but loses itself amidst a malfunction of mashed vocals. Even when it doesn’t sound so mechanical, Form & Control is nothing short of gimmicky. With their ‘funkay’ bass lines and ‘far out vocals’, you’d envision ‘Winter Falls’ and ‘Afterglow’ as soundtracks to PHB’s own cheesy New York cop drama, right down to the ridiculously oversized flares and platform shoes. Shit sure is going down here but not in the way PHB would particularly want.

Form & Control’s only real highlight is its title track. Anthemic power chords evoke the urge to fist pump as it breaks into an ending not so different from Primal Scream’s ‘Loaded.’ But when it’s surrounded by so much dross, it’s hardly redeeming, and getting loaded may well be the only way to endure the rest of this tripe. Finally on ‘Mirrors,’ weedy (they sound almost broken if anything) vocal harmonies suggest PHB may have even become tired of themselves, and if Form & Control is anything to go by, the era they pay homage to could well feel the same way.