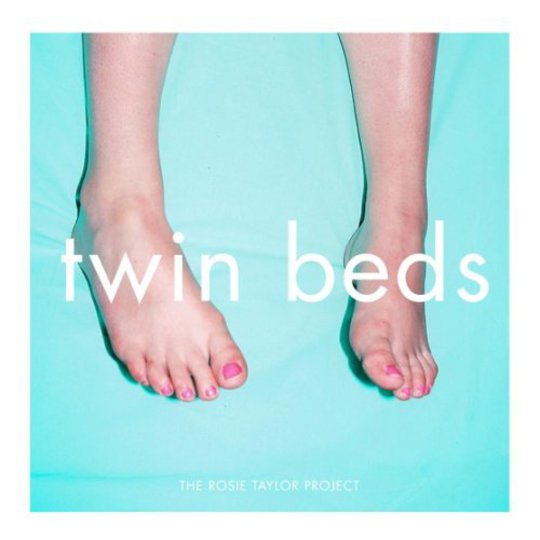 You get the impression Leeds’ chamber-pop sweethearts The Rosie Taylor Project are a tentative bunch, only venturing beyond their adopted coffee shops to fill hip flasks with covert whiskey and ensure they’ve been dealt their annual helping of heartbreak, before returning to scribble on napkins and burst into tears when someone asks whether this seat is taken. Incredibly, one of their songs is unironically titled ‘A Good Cafe on George Street’, so you know, spill decaf on their Guardian at your peril.

Fortunately, however, one thing The Rosie Taylor Project have on the milk-no-sugar crowd is a subtly sweet broadness of palette that’s either their redeeming quality or some kind of identity crisis - probably both. Which is to say, you have to be disappointed upon unravelling Twin Beds’ cushiony layers: the band can’t decide whether they’re post-coital pillow-whisperers with a cloak of Meaningful Reverb, or Uplifting Folkies, with a desire to harness the waftier atmospherics of, you know, something we ought to have stopped the internet from calling ’post-dubstep’.

The point is that this, the six-piece’s second LP - produced by Richard Formby, and featuring a Tom Fleming cameo - has an occasionally grating grasp on the soaring pop climax, which is bedroom-born, and intimately so, but infused with just enough panache to possess a cliché-conquering aspiration. It’s cosy, like The Leisure Society waking up with some actress or other under a thermal blanket and fondly reflecting on just what it is that makes Belle & Sebastian irresistible. It’s awfully nice and unassuming, and there’s nothing wrong with that, but you might accept that there’s not much right with it either.

So while there’s nowt to lose one’s marbles over, what wins you over is their frank amiability via fond familiarity. Remember Doves? Yeah, and judging by Twin Beds - the underpass melancholy instrumental ‘A Young Couple in the Street’, drifting into a perky ‘Sleep’ - The Rosie Taylor Project have a graceful maturity that suggests they do too. The problem with say, opener ‘Twin Beds (One)’ though, is that it mistakenly invests in the belief that a tablecloth of doe-eyed lushness and reverb luster lends a naff, trip-hop whimper some otherwise unattainable emotional heft. What’s generally puzzling here is that their foregrounded, luxuriant production rarely comes at the expense of intriguing songwriting. Don’t let’s get carried away - there’s no ‘Brave Bulging Buoyant Clairvoyants’ or anything - but it manages to lace familiar tropes with a likable oddness you might miss on initial listens.

For example, on ‘Last Drinks at Niagara Bar’, Jonny Davies whinnies “Too tired to fuck, too bored to make love” like a man who has Suffered, but does not need to tell you about it. These are, clearly, not songs given to ladling on unattainable metaphors or pompous symbolism and imagery. Like much of the album, ‘...Niagara Bar’ glows with a suaveness grandiose enough to earn Hats comparisons effortlessly, so it’s top marks on the Sounding-Like-The-Blue-Nile scale, and that’s an important scale. And perhaps intentionally, given the potent similarity, a song here is called ‘The Bluest Smile’, and it sparkles like a pair of optimistic eyes on fireworks night, a finale that’s not only pleasant but resplendent.

By the time ‘Twin Beds (Two)’, the itchy, summery equivalent of a sunblushed bed of daisies rolls around, Jonny still sounds like he’s exiting a slow-moving adolescence spent sobbing delicately to too many OC reruns, but he issues forth fireside warmth that’s strangely foreign to the cool Wild Beastly splendor you suspect this lot are going for elsewhere. There’s not really any situation beyond the couple of weeks following a particularly clumsy breakup that I can imagine listening to this, and admittedly there’s a tailback queue to that particular car park which The Rosie Taylor Project are stuck toward the wrong end of. But there’s a charm to Twin Beds that’s honest and sympathetic, and sometimes that’s all that needs asking for.