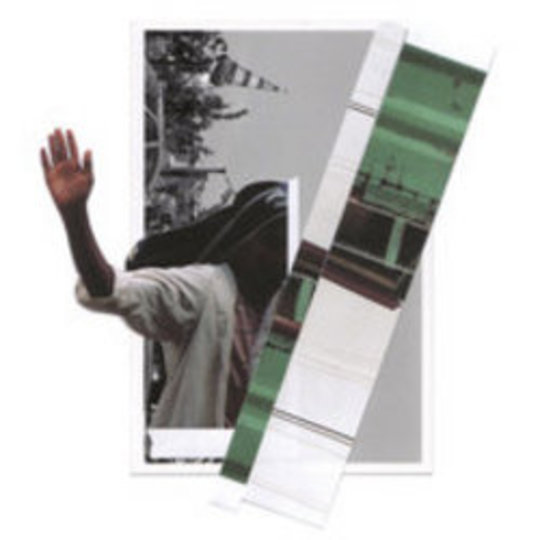 Any EP recorded in Addis Ababa, the town where Haile Selassie lived and where they discovered kryptonite in Superman, has to live up to that hype. The debut by Fresh Touch certainly doesn’t disappoint in terms of exotic premise: conceived by two Brits in the Ethiopian capital and the nearby walled city of Harar, it arrives filled with images of uptight men sent to investigate a lively foreign culture. The men in this case - producer Richard Russell, and xx engineer Rodaidh McDonald - aren’t as uptight as you might think, with a credit on Damon Albarn’s Kinshasa One Two album to prove they can blend beats with culture. Left to their own devices they want to blend a little further, and have condensed every facet of the country they’ve seen into the four tracks of The Ethiopian Unsurprisingly, not all of it’s world music pretty. They’ve obviously seen things even Damon Albarn couldn’t avert.

But anyone expecting the colourful carnival atmosphere won’t be let down either: over 14 minutes recurring African dialogue is sampled into dance tattoos and breaks. ‘Modern Approach’ is exactly that: a dubstep bass set to an ecstatic, hand-clapping village choir. It’s a lot less horrific than it sounds on paper; growling, buzzing and rattling like the Mardi Gras carnival at midnight, while ‘Adaji Legit’ is even more jubilant, moving from dizzying synths to a Demdike Stare-style car crash. Imagine a UK funky track crushed by a seasonal monsoon - not classically tropical, but a world away from the sounds and frozen slush of modern Britain.

And then there’s the darker half: the tracks informed by the side of Africa Hollywood likes to shoot thrillers in. The chattering markets and vibrating planks of ’68 Joint’ have a meaner edge to them, descending into ‘Gangster’s Paradise’ if it were swarmed by wasps. The wide-boy beats and tragic chords give it a dangerous feel - an effect carried over from ‘Harar Rhythm’, which piles together grime bass, rousing lasers and traditional funk instruments. There’s chanting here too but it isn’t quite so colourful, with the addition of Indian wind instruments only blurring the picture even more.

It’s to The Ethiopian’s credit than it ploughs its own furrow, and doesn’t try to cash in on the excitement in the north of the continent where Africa’s face is shifting. Though Russell and McDonald’s sound is an inventive one it’s also oddly generic, each track whisked together so hard you can’t quite feel its contents. Like M.I.A. but without Maya Arulpragasm, Fresh Touch need a core identity, despite the producers having searched far to find as many idiosyncracies as possible. Although these too often emerge as different chants, the duo do capture the bustle of Addis Ababa in all its lively, hotel-soaked glory. The irony is most of their open-minded audience will probably be stifled school kids, each anticipating a gap year digging wells or each trying to recreate If.....