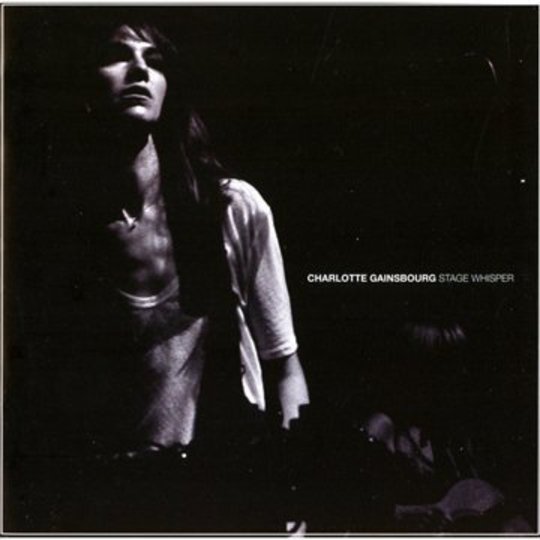 What you’d expect from a Charlotte Gainsbourg studio offcuts album would be experimental arrangement, quirky instrumentals, understated vocals. Stage Whisper, to the listener’s surprise, is not that; rather, it is a compact release of a mere seven tracks, filled with disco beats and softly-sung hooks.

The latest release from daughter of Eighties power couple Serge Gainsbourg and Jane Birkin opens with a Goldfrapp-stylee belter. Lead single ‘Terrible Angels’ is, after looking at the video for the track, a strong contender for a sleekly-shot car advert. Nor as cringe as it sounds. Over thumping bass and between tinny mechanical samples, Gainsbourg pleads in her sweetly intoned English accent “I want release from absolution, / I want release.” This is daringly brash compared to any of her other previous outings – but God it’s great to see that the usually reserved chanteuse has a dark side. And she continues to flaunt it teasingly throughout the record.

Stage Whisper is not short of collaborations, featuring guest appearances from Conor O’Brian of Villagers, Connan Mockasin, and most prominently IRM producer Beck. ‘Memoir’, is the closest to your expected Gainsbourg track in its musicality – yet lyrically it reeks of promiscuity, danger and sacrifice: “Take my body / Take it from me / It is not worthy of your memory.” ‘Got To Let Go’ samples a lazified ‘Paper Planes’ by M.I.A; the contradiction between Charlotte’s sometimes-whispering pure vocals Noah and the Whale vocalist Charlie Fink’s gravelly tenors make for a sonically pleasing discourse, as they comfort each other with “Gotta make up your mind / All wounds heal in time / You’ve got to let go.”

Although Stage Whisper comprises very much atypical pieces of music from Gainsbourg, it’s still equally as lovable and interesting as her other works. She retains musical integrity whilst pushing what is a usually characteristically intriguing, coy singer-songwriter style into the realms of synth dance music. Not the archetypal Miss Gainsbourg we know and love, but this is pure disco pop - who’d o’thunk it? Whatever genre of album she creates, Charlotte finds it difficult to put a foot wrong.