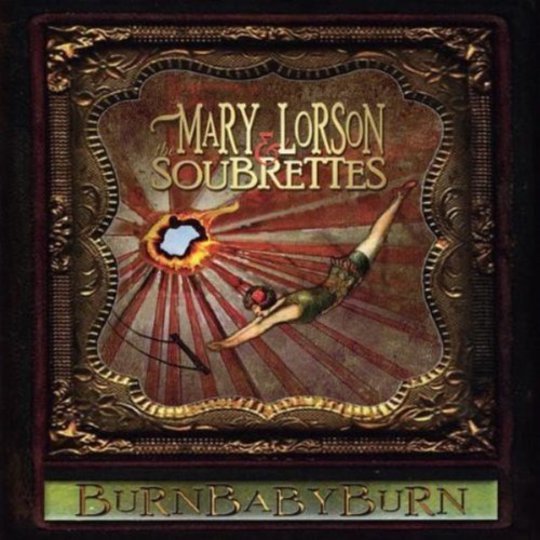 Mary Lorson is one of those songwriters you can put your faith in. You can rely on this one. No hype, nothing fancy, no gimmicks. She is steady, she is solid, she is, at her best, utterly sublime. It was a worry that she may never better the 2002 album she recorded with Saint Low, Tricks For Dawn, which swiftly entered the canon of albums you can always turn to, when fads fade and whims fail you. How can you better that?

Well, you can’t. But you can equal it. And on BurnBabyBurn she does just that. Here’s she’s riffing on the same musical themes that we’ve heard from her before. As the song cycles softly behind her, Mary Lorson coos and hums gently, making the world feel like a safer place than it ever really will be. Like her sometime play-partner, Tanya Donelly, her voice is a saccharine anaesthesia, looking down on the world and serving up a gentle analysis. ‘Only One Number Two’ is the gentlest of these, a cosy, piano-led number that opens with the lines “you walk the roof / whenever you want / bare feet on tar / the street below… it doesn’t matter / but, yes it does.” A heart in turmoil, emotions battling for supremacy and few singers do heartbreak with as much finesse as Mary Lorson.

On BurnBabyBurn, the band is billed as Mary Lorson & The Soubrettes and Lorson calls on the spirit of vaudeville theatre to illuminate the songs. It works best on the album closer, ‘I Don’t Care,’ which is as close to a jazz standard as she’s likely to get without losing her own identity. And talking of identity, the most endearing thing about listening to the former Madder-Rose singer is that once you know her, you feel like you really know her. You sneer when she sneers, at life’s fuck-ups, the ones that throw it all away. In the opening track, ‘Busboy’, the world is divided into two teams: Good and Evil. She makes the world feel like it really is that simple. Then she reminds you, rather cruelly, that it’s not.
Artists like Mary Lorson exist outside of the regular treadmill of promotion, trailblazing hype and high street t-shirt sales. Column inches will not come easy. There’s not so much to gossip about. No scandal. No new sounds. No offense. What you have instead is 43 minutes of uplifting craftswomanship. A firework that sparks and burns, your entire life, or at least until they invent something that eclipses both the Compact Disc player and the MP3 and you lose sight of it BurnBabyBurn is comfort; it’s reliable, it’s exquisite, it’s kinda vital.