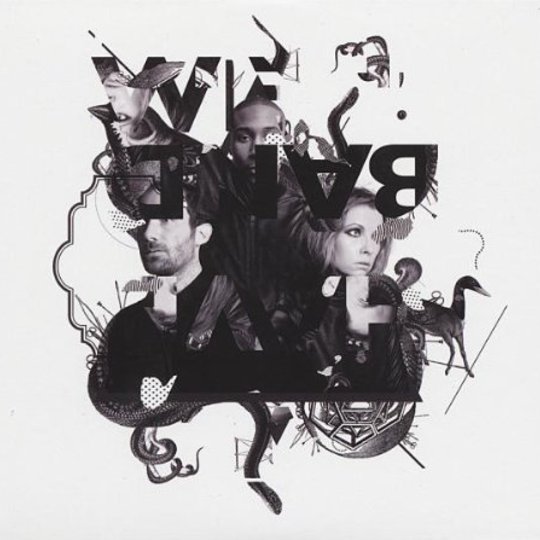 In many ways, it was to We Have Band’s advantage that they didn’t release their debut album until 2010. Had they emerged in 2007, they’d have been cheaply branded as ‘nu rave’ and mopped up in the same fluorescent puddle as Shitdisco and Hadouken! On the plus side, their nightclub-friendly four-minute indie might have had a few more column inches dedicated to it, but probably nobody would have have wanted to write about it two years later.

Fortunately for them, We Have Band emerged too late to be too closely associated with any made-up music scene. They’re no flash-in-the-pan, and their second record Ternion reminds us of that. Yes, it does have a certain ravey quality that would have made them an A&R man’s dream in the not-too-distant past, but it’s made intelligible by clever use of Kraut bleeps and a shadowy soulfulness which tip-toes towards chart R‘n’B.

Single ‘Where Are Your People?’ creates this combination quite convincingly. It begins with an ambience akin to Kraftwerk’s Autobahn, before getting funked up by soulless synthesised strings and Darren Bancroft’s silky-yet-solid croon. It’s a sound suited to strobe-lit dancefloors, but one enhanced by the disaffection in its delivery.

In fact, Ternion’s downbeat tendencies are clear from the outset, as opener ‘Shift’ gets caught in a tangle of Hail To The Thief-style guitar and a strained electronic whirr. Likewise, the skittering beat of ‘After All’ is kept in its place by long, flat buzzes of synth and mumbled lyrics which by the end are being yelped from somewhere lonely and distant.

But while that track’s climax is a masterclass in controlled chaos, what follows comes closer to clumsy carnage. On ‘What’s Mine, What’s Yours’, We Have Band take an everything-but-the-kitchen-sink approach, leading a twinkling space-age melody into a chorus that’s overwhelmed by its techno throb. By the end, a chainsaw guitar is struggling for space alongside ringing telephones and spaceship sound effects. ‘Steel In The Groove’ is worse still, as its pulsing, repetitive beat is underscored by innumerable aimless synth patterns and vocal samples. Even the gripping fragility of closing track ‘Pressure On’ – slow-motion acid house piano, brimming bass, whispered vocals – is spoilt by more dumb sound effects that sound like lasers being fired in sci-fi movies and toy police sirens.

It’s clear that We Have Band are at their best when they give their songs the arrangements that they’re worth, instead of piling extra melodies and samples on top. It can all be a bit much, just as hearing nothing but bands clad entirely in neon blast air horns all became a bit much for about six months in 2007. We Have Band’s strongest moments actually have more in common with a band like Metronomy than Klaxons. While Ternion doesn’t have the class, flair or essential brilliance of The English Riveria, it often shows the same gift for understatement and ability to embrace the spaces in between the sounds. The problem is that it doesn’t do so with much consistency, but at least it leaves us interested to hear where We Have Band will go next.

Teeth Of The Sea at The Lexington, London, UK, Sun 15 Jan