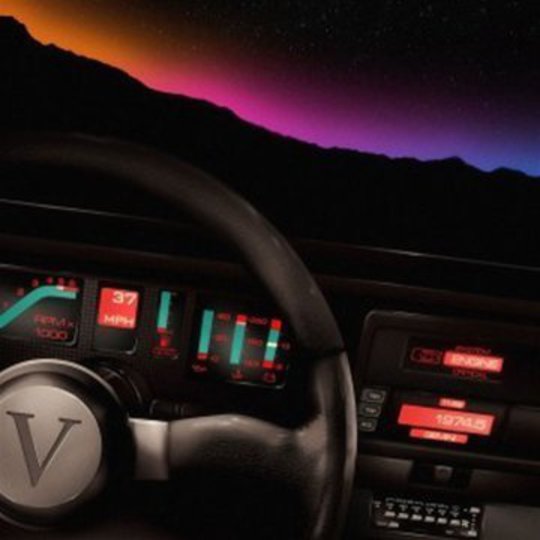 Johnny Jewel, poster boy of synth label Italians Do It Better, is the go-to secret weapon in the fight to maintain the Eighties. Filmmaker Nicolas Winding Refn is a fan, and hired Jewel to oversee the soundtrack to Drive: last year’s hammer-swinging, heart-tugging, zero-dialogue masterpiece. Both film and music went hand in hand, filled with pauses, prowling Trans Ams, neon ballads and ludicrous jackets. ‘A Real Hero’ by College and Desire’s ‘Under Your Spell’ became sleeper hits, with a rumoured full score rejected by Drive’s producers tipped to hit the web any second. Themes for an Imaginary Film, insists Jewel, is not it. Recorded as Symmetry with Nat Walker of Desire, Themes is two hours of synthesised bliss for an entirely different retro-Eighties film: one so focused on mood and posturing it forgot to include any visuals.

The 36 tracks on Themes are a departure for Italians Do It Better, being not so much synth pop as minimalist character cues. The majority would cold slot neatly into any scene in Drive, with pieces like ‘An Eye For An Eye’, ‘Survival Instict’ and ‘Behind the Wheel’ alluding to the movie’s ultra violence. They feature the tumbling synths/icy keyboards that hark back to tense bits in MacGyer; the kind of noises Giogio Moroder might use as a doorbell. There’s not much in the way of action or fireworks but the reward is a lingering moodiness: the heroic chords of ‘Wave Goodbye’, or the time bomb circuitry of ‘Death Mask’. Like a soundtrack, the melodies go round in circles, apparently just one of the parent film’s many influences. College are plagiarised on ’Eulogy’, while ‘Flashback’ and the opening track incorporate Ryan Gosling’s police scanner from the film. Jewel’s claim that only four tracks on Themes were written for Drive seems a little hard to swallow.

However, given his other claim - that he’s constantly recording, and five per cent of his output ever reaches the public - Themes becomes a lot more credible. Despite the night driving direction he’s set himself, Jewel packs in all the variety he can: ‘Paper Chase’s high C and click track are more like Brainbug’s ‘Nightmare’ than Knight Rider, while ‘Thicker Than Blood’ veers into novelty pop; the kind of thing models danced to during the closing credits of Eurotrash. Other tracks doff their cap to movies of the same era, with ‘Mind Games’ touching the blurred highways of the score to The Hitcher (1986), and ‘Blood Sport’ stirring up some John Carpenter chords - wisely avoiding the Van Damme film altogether.

Perhaps in maintaining Themes... wasn’t intended for Drive, Jewel’s trying not only to avoid the wrath of the film’s final composer, Clint Martinez, but also the perfect sense of mood the movie created. Themes is a strong enough soundtrack album to survive on its own, and doesn’t need Ryan Gosling’s autistic hitman to protect it. The imaginary film this record is for could be Drive but with a boosted Eighties filter, meaning more flatulent synths, more botched rendezvous and shots of the A Team snooping around East Germany. Having been quietly released just before Christmas there’s a triple vinyl update in the works, meaning the one vocal track - the Sade-like ‘Streets of Fire’ with Ruth Radelet - can be enjoyed in all its silver finish Oracle TT glory. The rest of it, however, is too big for the coffee table. Aimed squarely at “painters, writers, photographers, designers, cruisers, night walkers and dreamers”, and with only the occasional deviation into science fiction filler, Themes for an Imaginary Film is an album to strut to. Pack some blister plasters with your toothpicks. You’ll be gone for two hours.