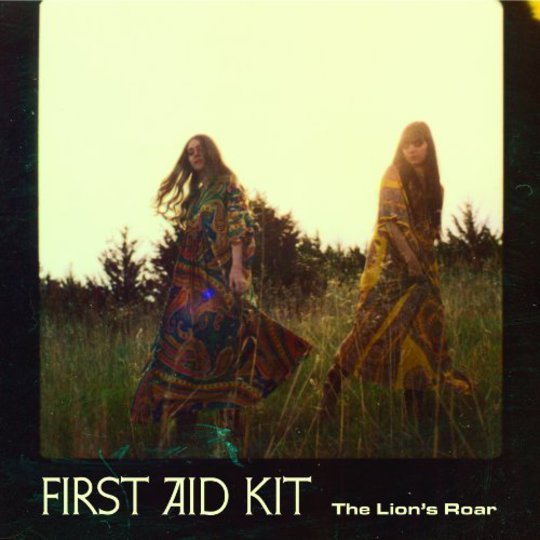 As if it wasn’t galling enough that Sweden trumps Britain with its exemplary welfare system, enviable standards of living and super-high life expectancy, now it's trying to show us how to make folk music. What will Laura Marling and Emmy The Great think when they find out that Stockholm’s First Aid Kit are coming over here and taking their jobs? They’ll be fuming.

Or maybe they’ll be a little more gracious and recognise The Lion’s Roar for what it is: a gorgeous, gripping study of English and north American folk music that covers as many of the genre’s quirks as it can, without crawling from cliché to catastrophe.

The breadth of this album makes it one that’s unlikely to please all of its listeners all of the time, and songs like ‘Emmylou’ will put off all but the most casual fans of soppy, daytime Radio 2, acoustic balladry. Its drippy slide guitar and un-empowered, love-struck lyrics would work better on a Dolly Parton album than on one that’s being put out by the indie experts at Wichita Recordings. But thankfully, there’s more to First Aid Kit than over-wrought country chord patterns and fake folksiness.

Over the course of The Lion’s Roar, sisters Johanna and Klara Söderberg inevitably return to folk’s great themes of love and loss several times, but they’re never covered as charmlessly as they are on ‘Emmylou’. ‘To A Poet’, for example, is quite inspiring in the way the Söderbergs face up to their heartache, explaining in spine-tingling harmony how, “I miss you more than I can take and I will surely break”, before concluding, “But there’s nothing more to it / I just get through it”. The deceptively upbeat ‘Blue’ is even more unusual, as First Aid Kit tell the tale of a depressive friend who’s not been the same since their lover died in a car accident, while a sweet shuffle of plucky major chords plays out underneath.

The likes of opener ‘The Lion’s Roar’ and ‘Wolf’ are more forthright, sitting at the blustery, battle-worn end of the folk spectrum. The former has a cinematic quality, prefaced by skeletal chords that become bolder and brasher each time they are returned to over the song’s ritualistic five minutes, while a pagan flute melody blows a cold chill through the rest of the record. Then ‘Wolf’, with its sinister chants and forest setting, powerfully evokes the darkest, most dangerous rural landscapes.

Elsewhere, First Aid Kit take the listener on a trek across the north American plains (‘I Found A Way’ has a dusty desert vibe that’s akin, in parts, to the Rawhide theme music) before enlisting the help of an accordion, a fiddle, a mandolin, a bunch of trumpets and Conor Oberst for an authentic Americana jamboree (closing track ‘King Of The World’).

What’s clear from The Lion’s Roar then, is that not only do Johanna and Klara Söderberg know their banjos from their bagpipes, but they have a strong set of songs which makes them more than your average, all-purpose folk duo for hire. They are, perhaps, a bit too twee for hardened folk traditionalists and there’s nothing in the vein of ‘Five Years Time’ or ‘Little Lion Man’ here to win them any crossover appeal, but the Söderbergs prove that they’re more than talented enough to keep Britain’s current crop of folk superstars on their toes.