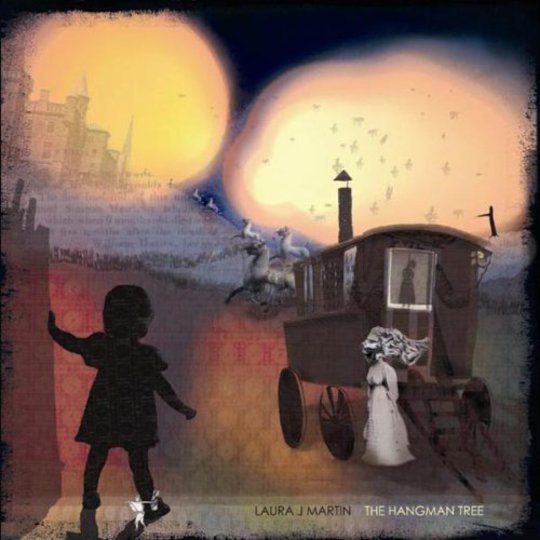 There’s a lot of eclectic instrumentation going on in The Hangman Tree, scouse manic pixie dream girl Laura J Martin's debut album. I managed to identify melodicas, xylophones, a mandolin, some passing geese and what sounds like a typewriter, but for the most part it’s a flute. Flautists making rock/pop albums have to careful not to veer into psychedelic medieval prog rock territory. On track ten, 'Spy', as the staccato lone flute riff rings out, it’s hard not to imagine Ian Anderson with his bulgy eyes hopping around on one foot. It doesn’t help that Laura’s lyrical content never strays too far from princes, dragons and “men with long beards, who are much revered” (from 'Black Caravan').

However, despite the flute drawing immediate comparisons to Seventies prog folk rock, it turns out that the best stuff on this album is the more experimental work.

While a lot of the poppier songs leave little lasting impression, when Laura starts getting weird and slows it down a little, pushing the song structures into less familiar territory, the record gets interesting. On 'Fire Horse' (about a legendary dead Japanese arsonist, no less) Laura loops drawn out flute motifs and layers them, creating a harrowing soundscape that. if allowed to breathe a little, more would resemble something from Kate Bush’s wonderful 50 Words For Snow. There are also some great experimental collaborations, with Buck 65, on the fascinating 'Kissabye Goodnight', and with Euros Child on 'Salamander'.

Unfortunately many of the 16 short songs stray into weak quirky pop. Tracks such as 'What If King' and 'Leonine' are hyperactive and frothy, like a rabid poodle, and not far from the engineered 'kooky' material that artists like Colbie Caillat and Sarah Bareilles churn out seemingly only to back mobile phone or hybrid car television commercials.

Laura J Martin is a good songwriter and a great musician but a lot of the arrangement and production would benefit from a weightier rhythm section to offset the trebly, almost shrill nature of her vocals and her flute. There is actually a 7-inch remix of 'Spy' (the Simonsound remix), listenable on YouTube, with a big beat and fuzzy bass that works really well.

The album just about manages to avoid the trappings of both quirky and medieval, which is no mean feat for a flute based album. However, the more Laura J Martin’s next piece of work pushes into the experimental and immersive, the better.