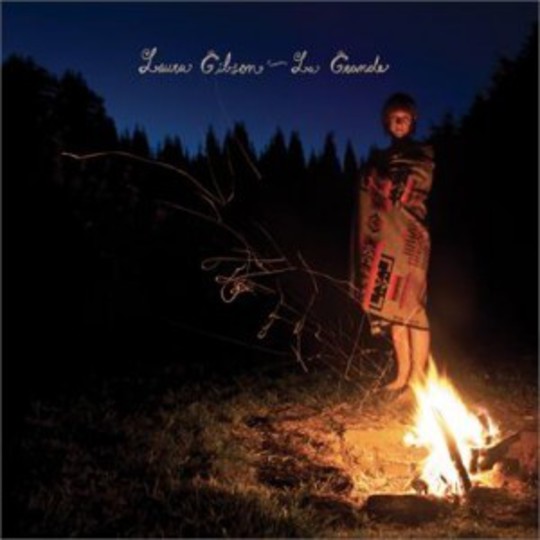 With the completion of Portland-based Laura Gibson’s La Grande, we are a fair few records into her recording career. While it would be disingenuous to say that we got what we expected, the newest release is one which again demonstrates and accentuates its creator’s talent. The previous full-length, 2009’s Beasts of Seasons, was forlorn in nature, punctured with moments of melancholy and wistfulness – much due to the subject matter – but La Grande is bolder and more orchestrated in both senses of the word.

There is little which jumps out above the main components of voice and guitar, and therefore few distractions from the main attraction. It is also regularly upbeat, despite the tendency of Gibson’s voice to float listlessly above the instrumentation. This much is made clear from the outset with title track ‘La Grande’ using a percussive beat as its opening salvo and indeed backbone.

Several times the pace changes but never drastically. Gibson makes it easy here for you to fall into a groove and never leave, rarely moving at more than a light canter. This is not a problem. Whilst her career so far has demonstrated a contemplative but occasionally complex nature, La Grande has several tracks which fall into the 'bona fide pop song' category. Strongest and most prominent of these is ‘Fire’, which burns brightly and strongly, fusing the odd Wild West sound (the type of plinky-plonky piano which is oft associated with saloon doors and a bar-room brawl) with an organ, and a more familiar choral performance. The darkness soon returns with the drawn-out opening verse of ‘Time Is Not’, another timeless tract which then blossoms boldly with a carefree chorus, splitting the song almost completely in two.

One thing it is simply not possible to escape from is the way Gibson sings. Her voice is not a startling one but it is incredibly delicate and deliberate, so smooth it is nearly beyond description. Not that this is a particularly new development in any way. ‘Feather Lungs’, then, is a suitable song title, especially as it is one in which the words seem almost trapped inside their owner, struggling to emerge, yet slide out they do.

Although La Grande is no huge departure from what Gibson has been practicing for years, it’s a wholesome and welcome addition to a back-catalogue which has very few flaws, even if the moments which stand up and make you take notice are not numerous. This is no sin – if what you practice is as well-made and put together as La Grande then you should only be commended.