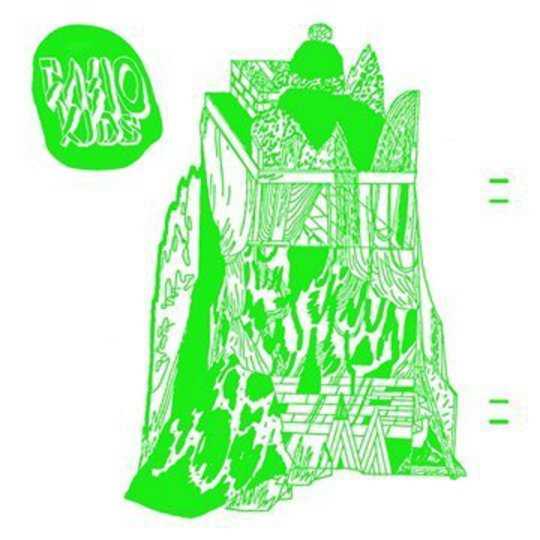 Casiokids have been around for a while now, somewhat surprisingly. Their first EP came out in 2007, which is five(!) years ago, just about. In the intervening years they’ve always been around, gaining plenty of admirers but few hardcore fans, and never really stoking up a significant level of hype.

So, will their second album change all that? Probably not. Like their debut, Topp Stemning På Lokal Bar, this is not a momentous record, but a solid and enjoyable one. (Personally, I find this sort of album common in January. The year doesn’t often start with a bang, and I tend to be too busy sifting through missed gems from the previous year to notice anyway. Aabenbaringen Over Aaskammen is an agreeable diversion, but it hasn’t snapped me out of my mid-winter reverie.)

Anyway, the songs. If you’ve heard their first, you should know what to expect, and AOA deviates just enough from the fun, breezy electro/indie-pop of their debut to be worthwhile.

Elsewhere, Casiokids have tucked some enjoyably airy, atmospheric instrumentals throughout the album. The opener and title track has a surprising air of sadness, with a vaguely whimsical feel. After three minutes it slowly begins to fade out to the sound of distant animal noises, as if we’re approaching a forest dense with life. Meanwhile, towards the album’s opposite end, ‘Kaskaden’ is an effective contrast between martial percussion and wavering synths. In a strange way, it recalls the MIDI soundtracks of old Final Fantasy games, which is no bad thing in my book. It also kicks off the most impressive section of Aabenbaringen Over Aaskammen, a trio of songs with genuine melancholy and yearning. Closing track ‘Aldri Ska Me Ha Det Gøy’ may be the highlight. Slow and contemplative, the strange mantra at its core makes for a surprisingly affecting finish.

With their second album, Casiokids have clearly, and admirably, aimed to improve upon and mature their sound. They have undoubtedly broadened their palette (if not by much), but whether or not you prefer this over their debut largely comes down to personal taste. Both records share a certain earnestness, but Topp Stemning På Lokal Bar is certainly more conducive to fun and dancing. Aabenbaringen Over Aaskammen attempts to splice that sound with a new, more varied approach. It isn’t always entirely successful, it’s sometimes awkward, but hey, what do you want? It’s only January.