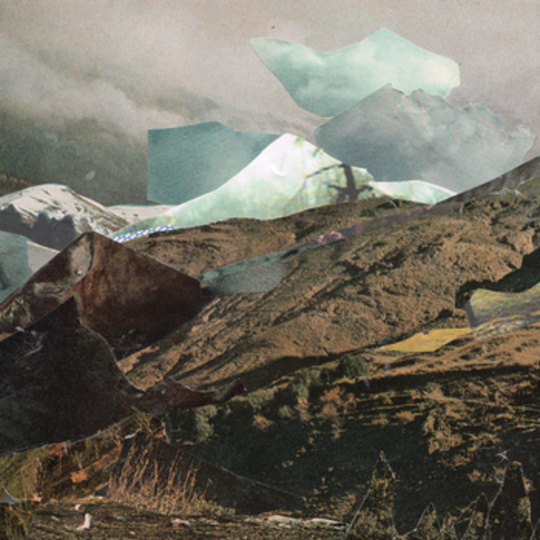 If the large shift from rehearsal space to bedroom, coupled with uploading sites like Bandcamp and Soundcloud, has allowed almost anyone with a hacked copy of Ableton and a functioning laptop to call themselves a producer, the flipside to the ensuing free flow of output is that the relative anonymity of it all has given a voice to a generation of artists who’d hitherto been too introverted to push their output above the parapet. More often than not it’s the introverts who are worth listening to, the ones whose end goal of creation is to simply create; music that by its very nature of isolated cultivation suggests a purity unblemished by the outside world. At odds with an information-obsessed twenty-first century possessing an unwillingness to leave even the slightest unknowns be, the precocious talents of someone like Halls protagonist Sam Howard are never going to be left alone – Fragile’s majestic grace however suggests that he might’ve accepted that.

Only just into his twenties, Howard’s debut EP turned up on Bandcamp a year ago. It offered an appreciable exercise in nocturnally-evocative soundscapes; a delicate, slightly primitive foray into glitch-ridden electronica, it touched upon a number of hypnagogic influences, combining them effectively but not entirely breaking free of them. His moniker Halls derives from the simple fact that he initially constructed most of his music shut away in the room of his University accommodation; that first release – and follow up ‘Solace’ – reflected that fledgling rawness. A year hence though and the only real indicator of Howard’s youth remains his stage name. With a voice he’s now confident enough to bring further forward in the mix, Halls’ sound has settled into something that still reflects that after-dark isolationist nature, yet in its increasingly panoramic aesthetic represents it with an enhanced sense of longing for something greater. Indeed whereby his releases last year seemed more than content to stay confined to their creator’s bedroom, the four tracks here ache with a longing for the outside, for an escape to something bigger.

‘Sanctuary’ acts as an introduction, two sustained chords of string-like strains that billow out of the depths in an aim for something more transcendental, they falter in their bleak surroundings only to return atop a fresh swell to push for heights anew. There then follows ‘Lifeblood’s trill of piano, spine-tingling in its comparative subtlety and muddied slightly so that notes run into each other as they gallop. They’re joined by a singular percussive twitch and Howard’s through-the-haze vocal. His tone is that of someone world-weary beyond his years, penetrating in its tenor but light enough to swirl among the merging layers and muted urgency; occasionally he’ll allow half snatches of a lyric to break through but for the most this is a mood piece, its melancholic feel expressed in the style of its delivery and not of its content. ‘I Am Not Who You Are’ offers up more of a ballad, Howard again allowing glimpses of syntax to slip through the shadows as he murmurs the thoughts of a lover pained in his self-perceived shortcomings. It’s a bewitching performance among the looped samples and buffeting percussion, a voice that though timid is uncoiling in a state of emotional catharsism. It leaves ‘Fade To White’ perhaps slightly weaker as a result, as the longed-for return of the one definably human character at the centre of this mournful piece fails to occur. Instead it’s the unerring metronome a minimal rhythm that’s acted as unsettling accompaniment throughout, and a cyclical shimmering patchwork that occasionally reveals its distinct parts, that play out Fragile’s final parts.

Howard hasn’t done much in the way of interviews in his brief time in the public consciousness; when he has, he’s touched upon his shyness of character and sole fixation on the end creation. A number of well-blogged remixes and the release of this on boutique label The Sweet Sounds Of Nothing obviously suggests that’s not strictly the case, but few would begrudge him the wish to share this with the outside world – not when the results are this good. Fragile is an EP that’ll see Halls escape the bedroom and find himself outside in daylight’s blinking glare; how he’ll cope with that next is almost as exciting as the disarming charm and beauty of what he’s concocted here.