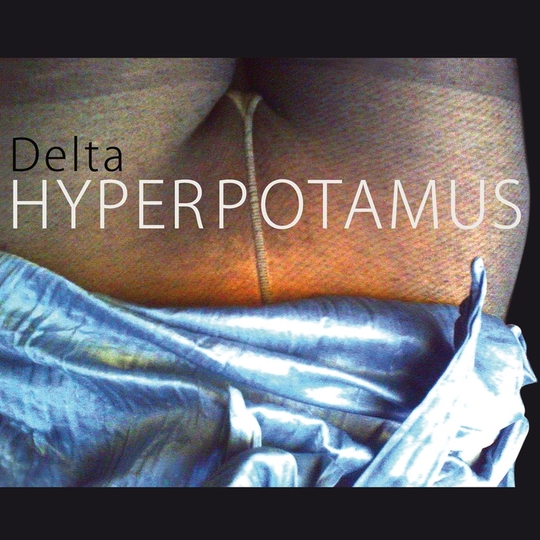 The inside cover of Hyperpotamus's Delta proudly informs the listener that 'all tracks on this album are vocal tracks. No instruments were used for this recording'. You can understand why he might want to boast. It’s an impressive piece of work, that’s for certain, with seemingly dozens and dozens of vocal tracks layered upon each other to create these songs. But is it enough for a record to simply dazzle a listener into submission?

In one sense, the disclaimer of the inlay notes is needless. Unlike, say, Bjork’s incredible a cappella masterpiece Medulla, there’s little mistaking that this is solely a construction of human voice. If there’s one obvious strength and point of connection for Delta, it is that there is an unshakably organic quality to the recordings. Whereas with a record like Medulla, vocal filters are frequently employed to the extent that the very claim of it being a capella can be legitimately brought into question, Delta is consistently more primal. Each song is brightened with the hallmarks of the natural reverb of a spacious room, the differing distances between mic and voice, and a distinct naturalism to the beatboxing and bass surrogates. As a result, the album is lent a singular warmth and emotion peculiar to a capella recording.

On the other hand, however, it fares a little worse when brought into contrast with the stunning vocal work of something like whokill by Tune Yards. Although she employed a plethora of instruments to aid her sound, Merril Garbus has been rightly praised for her incredible use of loop pedals to layer track upon track of her own vocal, creating an incredibly honest connection between voice and listener. The brilliance of her trick, however, was that the listener came on the journey of construction with her, hearing every element as it was added to the mix, and subsequently feeling connected to its whole as it climaxed.

The songs on Delta, by contrast, may be as technical (if not more so) but also sport an impenetrable density to the textures which prevent the listener from fully accessing these pieces on an emotional level. If I see a magician, I prefer tricks where I at least have an inkling of how they pulled it off, yet still leave me bewildered. Songs like ‘Sailboat’ (quite aside from sporting an insufferable hook and a spectacularly misjudged rap breakdown) charge off the starting line fully formed, with a labyrinthine tangle of what sounds like literally hundreds of competing vocal tracks. The maddening effect is that of the magician who has apparently achieved the impossible, with little accompanying entertainment, and no point of connection. There’s no foothold within the mix for the listener to appreciate how these vocals have been put together, or how they interact.

Opening track ‘Seahorse For Dragon’ is probably the album highpoint, with the backdrop of vocals taking their time to build up, allowing plenty of space for each new element to find its posture in the mix, with shifting dynamics selling the chorus hook nicely. Similarly, the stark shifts between drawn out oooohs and grooving syncopation in ‘In The Time’ provides a nice point of entry for the ear. Largely, however, Delta feels like an inaccessible fortress of sound, an unending experiment in cramming in just one more layer of harmony or spat percussion. These songs work best at their most stripped back, when you can see Hyperpotamus’s workings, as it were. But too frequently, the mix is nastily overcrowded, creating a density which does nothing to compliment the often shapeless structures of the central melodies. As a showcase of harmonic instinct and vocal versatility, Delta is consistently impressive, but disappointingly difficult to comfortably inhabit.

Given To The Wild