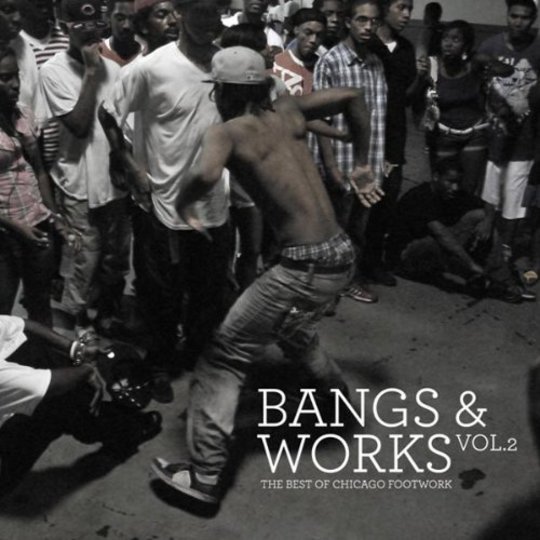 Excuse the pun, but something is afoot in Chicago. Something important. But first, a little history. It all began in the Eighties.

While in other American cities hip hop took permanent residence, Chicago, forever a law onto itself, remained the city of house. Left to its own devices, out of the scene emerged the slurred, electro-infused ghetto-house, so-called for its popularity within the poor south and west regions of the city. Having dominated local haunts throughout the Nineties, in the early Noughties ghetto-house itself mutated: speeding up to 160bpm while hyper-syncopating house's 4/4 signature, before breaking Jesse Saunders' original vision down into abstract levels of complexity. Juke was born, which around eight years after its inception remains arguably the most cutting-edge form of music on the planet, as this second scene-sampler from Planet Mu reaffirms. Like most avant garde black music since Afrika Bambaataa's 'Planet Rock', juke (and attendant dance style 'footwork') redefined technical boundaries, and in the process created art; reason enough to investigate further this futuristic genre. However, in a day and age where the past rules all, that juke offers a wholly unprecedented musical experience - a bona fide shock of the new - is reason enough to move to Illinois.

Juke is wrongly likened to IDM. Like IDM it's evocative of a Byzantine cerebrum – a sound set firmly in the psychological. But juke is composed with only one purpose in mind - to move your feet. Rarely, however, does such a rigorously utilitarian form of dance music make for such a fascinating home listen.

Anything completely new is by its nature unusual, but this is different. Juke is strange... discomfortingly, perversely, captivatingly strange. It's repetitious to the point of self-destruction. It's minimalistic, but cascades with activity. While rife with sharp-minded (and mind-sharpening) flourishes, it possesses a brain-damaged quality. And no matter how forceful, immediate or vibrant the track, nonetheless the material remains remote, almost absent; one stepped removed from the listener, from an emotional connection, from reality. Which serves to kill any suggestion of human involvement, in turn creating a spooky impression that the tracks are somehow self-generative, automatic, or more unnervingly – sentient. It's an acute form of machine soullessness that proves a red herring of sorts, obscuring an essential truth that whoever produced the track, did so to numb the pain of poverty - eviscerate it through musical lobotomy, and ultimately dancing. What could be more 'soul'? Or human?

Most of all, however, there's the inkling that amongst the 808 handclaps, the relentless toms and the cyclical vocal samples, resides in juke something completely hideous.

It's an evil quality that many tracks here revel in, if not make explicit reference to. Young Smoke's 'Psycho War' plies horror movie strings to metallic, insectoid pulses, while DJ Jlin's 'Asylum' samples video-game Mortal Kombat ("Get Over Here!") and a vomitus growl of “Suicide!” over tweaking electronics and elephantine brass. The brass is then pitched down a key, pulling the track into a queazy droop and afflicting your frontal lobes like a stroke might. Meanwhile, DJ Spinn's anxious 'Crazy 'n' Deranged' and DJ T-Why's 'Orbits' highlight another of juke's thematic staples: neurosis - notably a trait the genre shares with the equally disturbing gabba-techno, while Bernard Herrmann's Psycho theme is regularly used as inspiration for the synths. Sampling ESG's spooked 'UFO' and the Lord of The Rings theme (playful samples are a juke standard), 'Orbits' creeps along on only the bare minimum of percussion. Unnervingly empty therefore, it speaks of isolation and voices in the dark. Meanwhile, DJ Earl's 'Hit Da Bootz' uses the sample “Fuck being your boyfriend, girl I wanna hit your bootz”. The snippet in another context (the sentiment is standard miami bass) would be bump'n'grind pervy. Juke, however, dictates the vocals be repeated to nightmarish degrees, creating a scene of sexual mania.

However it's *DJ RP Boo, largely credited with inventing the sound, who has the edge on disquiet here. For dance music to be unsettling, it usually requires slowing the tempo, maybe some macabre atmospherics and a lot of negative space. Not so with juke. Putting the 'slasher disco' purveyors to shame, both the producer's tracks here are banging, not to mention uniquely fucked up. Wet and pitched-down, 'Off The Hook's skin-crawling voice clip “Boooooooo" provokes a shudder on every occasion, while his 'Heavy Heat' samples what might be Pharoahe Monch's 'Simon Says', yet reduces the horns to milli-second long loops. Over and over again they go, until trance delirium sets in. Keening synths all but draw a knife across your throat, followed by a deranged “You belong to me!”. By which point we are indeed at the mercy of “another RP Boo track”.

Bang & Works Vol. 2 also captures a genre in transition, as both the old guard and the young producers increasingly look to other genres for a way to progress the sound, or at least re-flavour it. Self-evidently, DJ Metro's 'Tekno Bangz' is techno-infused, as are DJ T-Why’s ‘Juice’ and ‘Finished’, while Young Smoke’s 'Space Muzik Part 3' is what Planet Mu describes accurately as 'Musique Concrete gone footwork'. Boylan's 'Bullet Proof Soul' has a sweet whiff of UK garage about it, while Traxman’s 'Funky Block' and DJ Clent’s 'DJ Clent #1' mine hip hop. Elsewhere, scene figurehead DJ Rashad and partner Gant-Man offer up 'Heaven Sent', containing traces of P-funk and early Detroit techno, whereas Traxman's 'Brainwash' sounds like HI-NRG in a blender. Its a measure of juke's strong, singular make-up that contradictory elements can be incorporated without diluting the sound's root identity.

Where next for the genre? Bang & Works Vol. 2 provides some signposts, but it's anyone's guess. Odds on, though, it'll sound a little like the future, yet – as this is a movement at odds with the currency hegemony of retro-futurism – a future not as we currently know it. For the history-making producers here, musical nostalgia seems as impossible a feat as the jaw-dropping footwork juke inspires.