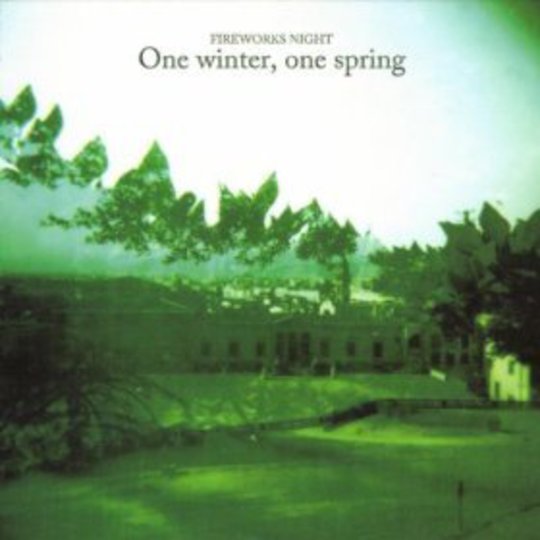 Fireworks Night are another one of those ridiculously ubiquitous band names, destined to infuriate anybody researching the group. Sure it’s probably great in early November when they are technically the most popular band in the country, but is it really worth the disappointed sparkler wielding patrons turning up at gigs throughout the rest of the year?

Their third album One Winter, One Spring is very English, surprisingly so. But after the allure of the opening 30 seconds, which promise to go anywhere, Fireworks Night veer towards the super safe folk-by-numbers that has become de rigueur for so many bands recently. The only variation being that here the piano comes to the fore to help create that underwhelming rustic vibe custom built for the coffee table. At times they share ground with Mumford and Sons on suicide watch. Slow burning songs that take themselves too seriously. It seems that they have mistaken boring with mature, inadvertently creating indistinguishable tunes that feel like a sea of beige washing over you.

There are beams of light which break through the humdrum. The album closes with the mesmerising ‘Only The Night’, the standout track, which has a relaxed samba percussion pinning it together. ‘Across The Sea’, with rich horns reminiscent of a less bombastic Beirut, is another positive. Both songs show what the group can achieve, but such fleeting glories merely reinforce and highlight the despondency produced by their other, less interesting songs.

There are some good things here that will be merrily digested by a lot of people. One Winter, One Spring probably could sell records, but we all know that that isn’t exactly a failsafe barometer of quality. The issue is that any positives are dulled by extended stretches of boredom. There’s nothing that offensive or difficult, except on ‘That Easy Way’ when James Lesslie releases a strained, high pitched, strangely-feminine yodel that becomes painful to listen to. Even after repeated listens, fully aware of the imminent danger lurking, it still somehow sneaks up on you, and then you’re left feeling dazed and abused again. At least it is a temporary distraction from feeling underwhelmed, which speaks volumes.