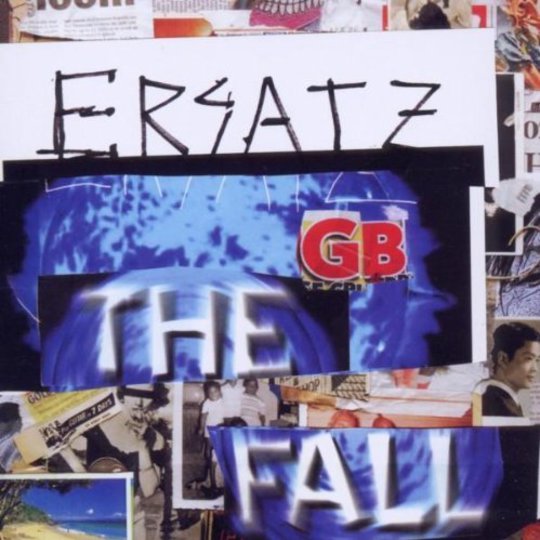 Considering that they are fronted by a man who believes that routine is “the enemy of music”, The Fall are going through an unnervingly stable phase. The first couple of dates of their latest UK tour were a bit of a shambles, with Mark E. Smith wandering offstage at regular, long intervals apparently due to some kind of foot ailment. Yet the band managed to pull it together with later gigs going down the usual storm. Smith has been backed by the same group now for three whole albums, which is not bad for a band that have had more members than the Flaming Lips have had ridiculous animal suits. The guitarist behind this album, Paul Greenway, was not present on the aforementioned tour, although his absence is said to be a temporary spell of paternity leave; few members have had the honour of leaving on such reasonable and flexible grounds.

So has this stability proven to be the enemy of The Fall’s music? On first impression, nothing stands out like Your Future Our Clutter’s ‘Bury’ or Imperial Wax Solvent’s ‘50 Year Old Man’. If anything, the dodgier numbers make the biggest impression. Smith has described the tune ‘Greenway’ as “Greek heavy metal” (which means they’ve pilfered the riff from joke Greek band Anorimoi). The idea of The Fall doing Greek heavy metal is delightful in theory, but in the words of Gregg Wallace after tasting a failed experimental MasterChef dish, “it just doesn’t work”. Accompanying the music is possibly Smith’s all-time lyrical nadir: “I had to wank off the dog to feed the fucking cat”, he shouts proudly. It’s not big, it’s not clever, and it conjures up one of the worst mental images you will ever have.

On ‘Nate Will Not Return’ Smith seems to resort to rhyming dictionary laziness by associating the song’s protagonist (that’s Nate) with “replicate”, “New York State”, “Ukrainian crate”, “Channel 38”, “New Jersey State”, “straight”, “late”, “irate”, “mate”, etc. Towards the end it’s as if Smith’s own body has become too embarrassed by the lame endeavour and is trying to physically resist - halfway through his first attempt at “I might visit the gallery known as the Tate”, he is halted by a weird bodily gurgle and has to re-sing the line from the beginning.

These are quibbles, however, and although the consistency of last year’s Your Future... is not reached, there are some fine moments. Opener ‘Cosmos 7’ is a frantic punk number with each members’ individual role contributing to the coherent whole. ‘Taking Off’ has the kind of swagger that unconvincing pretenders like Kasabian would chop off their right arms for. Over the casual groove of the music, Smith ruminates on the “40 carat scum at Newquay train station” and “Bonjella complexion”, and shouts “Ersatz” a few times. Apparently Ersatz G.B. was chosen as the LP’s title simply because it would make it harder for the record company to market; an admirably stubborn act of career hara-kiri. The grindingly slow eight minutes of ‘Monocard’ verge on experimental drone music with Keiron Melling’s drums and David Spurr’s bass driving the dirge march gradually forward as the rest of the band semi-improvise around them. Single ‘Laptop Dog’ resembles a slightly fatigued take on the format of powerful former Fall numbers such as ‘Just Step S’Ways’. Elena Poulou’s keyboard washes provide depth throughout and when she takes lead vocals on ballad ‘Happi Song’ (with her husband gurgling in the background) the result is rather moving. Her voice flutters between the emotional detachment that singing in a second language can evoke and an usual brand of fragility.

Smith’s voice, on the other hand, is gruffer, growlier and phlegmier than it’s ever been before. At times it rumbles low and indecipherably in the mix, at others it appears disconcertingly clearly, as on ‘Mask Search’ where Smith whispers directly into your ear, every click of his tongue and flicker of spittle frighteningly audible as he informs you that he is “so sick of Snow Patrol”. The Fall: always different, always the same, now with added phlegm.