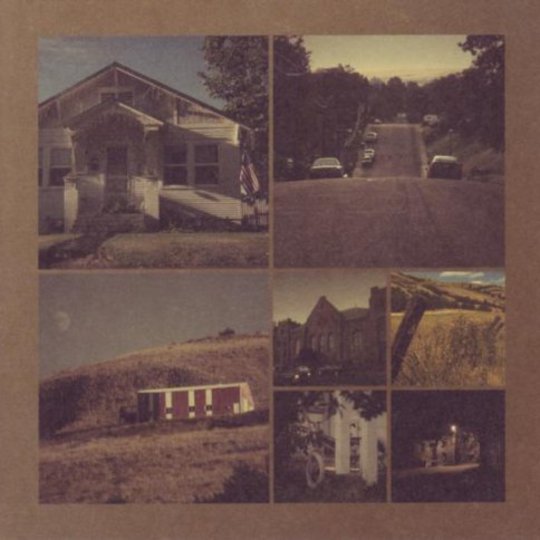 Peter Broderick, prolific 24-year-old composer from Oregon, has made sure his ninth album comes loaded with intrigue. Written as a soundtrack for a documentary, Confluence, it shares its premise with recent Found Footage) films, except here, the footage is never found. And it’s real: five residents of Idaho go missing between 1979-1982 and only three bodies are ever recovered. Evidence points to a loner; he’s never arrested. It’s all a bit Zodiac, and is chilling enough to warrant this icy, broken classical music score. Broderick’s led similar projects in the past - 2009’s London ballet set Music for Falling From Trees - so Music For Confluence is him doing a ghost story, using his orchestra to explore confusion and grief.

As if the five missing girls case wasn’t spooky enough, the production history of Music For Confluence is a ghost story itself. Moved into a flat in Berlin whose owner would only rent to musicians, Broderick got a key to a room full of pianos, and began work on ...Confluence right away. The opening chatter of ‘We Didn’t Find Anything’ carries am instant Blair Witch feel, notes breaking through a fog of strings and behind them, faint female voices. The shivers continue on ‘He Was Inside that Building’ where louder keys penetrate the ...Confluence’s suspect’s house, while ‘The Person of Interest’ changes gear with guitars, pouncing like one of those suburban horror films where poltergeists only attack the mother.

As far as shock moments go, that’s the most dramatic - Music For Confluence is definitely focussed on suspense. The downside is the suspense soon becomes slack, the haunting nagging, and chunks of Broderick’s soundtrack end up going nowhere. Once he’s deployed his small orchestra there’s little variety, so if you’re not a fan of piano improv or scraped strings, don’t expect a payoff. If these 13 tracks were written as character cues then the five missing girls would be sadly indistinguishable. ‘Circumstantial Evidence’s creeping country feels like a rehash of ‘It Wasn’t A Deer Skull’, the latter using strings to suggest a haunted Venice. Other tracks find Broderick just daydreaming with his fingers, coming across like a blindfolded Perfume Genius. Going by the likes of ‘We Enjoyed Life Together’ he’s studied the Goldmund back-catalogue, but there’s a chance by this point interlopes will have had enough, gorged on his gentle interpretations of shellshock.

However, a few bursts of energy on the record make up for any lags, and should be enough to sustain those expecting Broderick’s typical depth. After all, this is a story about real people disappearing, so there are blasts of pain in amongst the hopeless grey. ‘She Just Quit Coming To School’ feels like a highlands Last Post, while ‘Some Fishermen On The River’ packs the same emotion as a stolen U2 intro. In fact, those who make it till the end will be surprised by the biggest twist of all: vocals on ‘Old Times’, where Broderick hums ”Shame on you and shame on me / Shame on this old town.” It’s a strange way of grieving - saving your voice till the end - but it makes for an interesting, if somewhat repressed OST. No final showdown, no hero’s choice… just 50 minutes alone with a baffled composer. A more jarring soundtrack might be to have used only the girls’ favourite songs. More jarring and more cinematic, maybe, but much less easy on the ear (plus it’s hard to see Broderick doing mixtapes).