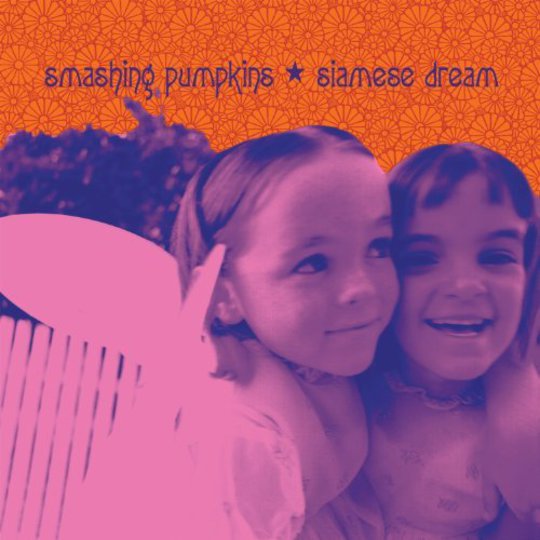 Here we go. For me, Smashing Pumpkins' 1993 second album Siamese Dream is the big one. This album soundtracked my youth, and every song is tinged with the flavour of memories passed, nostalgia and the weight of literally thousands of listens. It was inevitable that one day it was going to be reissued in one form or another, as is the custom, but I’m not exactly sure if I ever expected to be actually reviewing this behemoth.

The songs themselves still sound fantastic. The drum-roll flourish that welcomes us on ‘Cherub Rock’. ‘Today’s signature, unforgettable lead. The heartfelt lyrics of ‘Disarm’ and the haunting mellotron of ‘Spaceboy’. The creamy, layered tone that it feels that you can just sink into. Double-album follow-up Mellon Collie and The Infinite Sadness is often praised for its imagination and scope, but Siamese Dream is a diverse, complex, more concise album crammed with moments of joy and wonder.

Although it’s gotten to the point where it’d be unthinkable to release a reissue like this without remastering the recordings, if there’s any album out there that didn’t need a second more spent on it in the studio, it’s this one. The idea that the reported year-and-a-half of 16 hour days were somehow not enough to create a satisfactory production will make Pumpkins fans and the more lo-fi or financially-minded of us splutter in disbelief. The glassy, muscular layering of Siamese Dream has dated well, and still has the same punch it did upon release. Perhaps the remaster makes it all seem a little crisper, a little more dynamic, but I’m honestly struggling to tell the difference, and undoubtedly the casual listener will do too.

There's no doubt that at the time of Siamese Dream the Pumpkins were at a staggeringly creative point of their career, I mean, this is a band who once released a 23 minute medley of amazing riffs that they just didn’t have anything else to do with. But even their cupboards, previously stocked with the all kinds of sweet and curious fare, must be looking pretty bare by now. The extra tracks are dominated by alternative takes of songs released either on the album itself or b-sides and outtakes collection Pisces Iscariot. The few apparently unreleased tracks are jammy, underproduced and of limited interest.

Although this is a fantastic looking package, it really doesn’t strike me as a particularly essential addition to the Smashing Pumpkins canon. While past special editions have become coveted artefacts like The Aeroplane Flies High or completist’s dreams such as Rarities and B-Sides, this Deluxe Edition looks destined to be little more than a shortlived holiday moneyspinner. My past reaction to such repackaged classics would have been to shrug and to say ‘It’s a great album, if more people get to hear it thanks to this reissue then fair enough’. But I think it’s fair to say that it’s doubtful that anyone who hasn’t heard Siamese Dream already is likely to discover it by buying a physical copy.

This isn’t a disappointing listen. The album itself is as glorious as ever, and if you have somehow never heard it before I urge you to check it out at your earliest convenience. However, this particular reissue has little beyond the original work to enamour itself with. I would give the music a ten every time, but this Deluxe Edition only serves to cheapen the legacy of a truly great piece of music history.