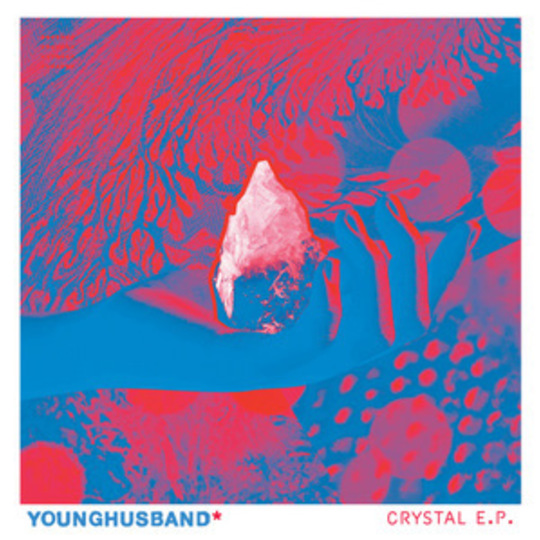 The worry with spritely young indie bands, all gloopy reverb and rippling, understated choruses, is that they might be trying to hide something down there. Or, more annoyingly, that what they’ve buried under their vague, surface-layer ‘something’ is merely ‘nothing’. All marijuana smoke, no songwriting fire, as if aesthetic were an end in itself.

But if December’s 2011 Promo Clearout ultimately promises to shine a gaoler’s spotlight on - more than post-chillwave or the ostensible return of guitar pop - just the sheer volume of crusty, idle, bath-water music the year’s accrued, there’s absolutely no such concern here: like The Horrors before them, London’s mopey ballroom stragglers Younghusband are taking notes on the glazed-eye conga-line, not joining in. Originally the solo project of Watford-born Euan Hinshelwood (whose CV can boast 'almost famous pub rock' act the New Shapes), what exempts the synths-and-guitars quartet from charges of trendy nostalgia-peddling is that they set their iridescent fantasies not in dreams, or dreams of dreams, but a constant, misty and perhaps fictional reality, somewhere between nowhere, never and now.

Crystal’s four offerings are timeless - in both senses - and smart and simple, introspective and totally divine. But what’s most enchanting is that we’re left to make our own way, never bludgeoned by a heavy-handed tour guide - there’s a skill in the thing’s knack for gently exciting one’s imagination. Each sleek moment we unveil is trumped by the faintly beguiling everything-else that stays hidden, glimmering and winking at us beneath a frosted surface.

It’s fair to say Younghusband’s is hardly an original stencil, and despite citing the influence of late Elliott Smith, Pavement and Grandaddy, it’s a pretty British bent that prevails. The Jesus and Mary Chain’s is a sonic cathedral you might cloister them in: ‘Constantly in Love’ disrupts the last dance with dense, noisy guitars sauntering along in a wrecking ball sway, while the resplendent, Krauty ‘Reunion Message’ sounds like a sad divorcee merrily taking a chainsaw to some sunblushed daisy fields. But while the Scots seem the obvious reference point, there’s also a toothsome hint of grossly underrated Liverpudlian anklebiters Shack - in briskly majestic opener ‘Tropic of Cancer’, and also the exquisite ‘Neon Heartbreak’, with its slight, drifting choruses intricately spurting out effervescent bursts of melody. It’s worth noting that these myriad influences, while worn on sleeve, are far from grating; neatly of a piece with the record’s hand-stitched charms, like diamond buttons on a fluffy jumper - and for what it’s worth, bafflingly current, cool with it, too.

Wait, no - well, you hesitate to call Crystal a cool record. But nonetheless it fleshes out and congeals its modern ingredients quite gorgeously, in much the same way that Banjo or Freakout’s LP, an entirely furtive yet lovable thing, came together earlier this year. That’s the best comparison going, actually, and if you really tried but perhaps didn’t gawp monomaniacally at the lush dramatics of Alessandro Freakout’s self-titled debut, I suggest you first fire-destroy your record collection, and then stay the hell away from Younghusband’s Crystal (which is, I should surmise, an irredeemably excellent serving): it’s a treasure we scarcely deserve.