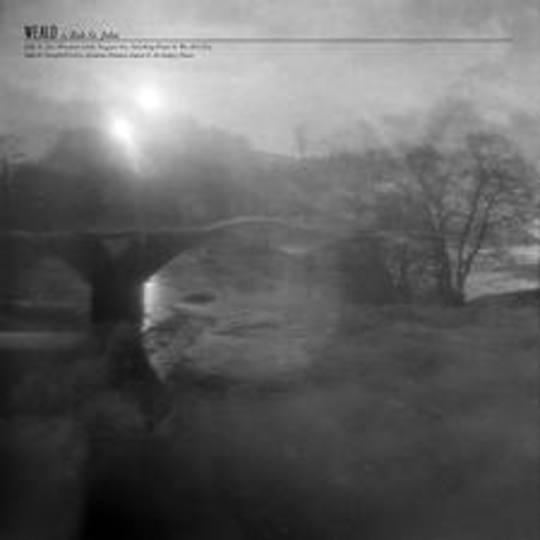 The sheer heft of Rob St John’s voice is deceiving. The Burnley-born songsmith’s gravy-thick pipes exude a wisdom that should only come from the weathering of life; the kind of ripened warble that expresses the nuances and extraordinary experiences of someone who’s seen and done it all. As a vocal, it's many things - evocative, touching, tear-jerking, wise - but one thing it’s not is a sound you’d associate with a kid in his twenties.

But that’s exactly what Rob St John is; a cherubic troubadour without the worldly eminence or piety of Waits, Drake or Cave. Yet St John’s debut LP Weald suggests otherwise. There’s no snazzy production, no high-profile special guests to boost chart returns (unless you count the good and the great from Edinburgh’s alt-folk scene), and no gimmicky promotional smokescreens to be found here. Instead, this is something simple for a complex age: a record filled with both masterful arrangements and tender songwriting craft.

If press releases are to be believed then this is St John’s aural vision of a contour that runs between the Lancaster moors and Edinburgh’s winding paths. To help emphasise his imaginary axis, St John plots the record across three key habitations - Cambridge, Edinburgh and Oxford - capturing each town’s unique atmosphere via cracking reel-to-reel recordings, enveloping church acoustics and the nocturnal claustrophobia of basement flats. Yet, within this urbanised construction, there's a distinctly arid feel to Weald's narratives, with St John tending to bury heavy emotional metaphors beneath tales of topographies and oceans.

So it’s perhaps unsurprising that within Weald’s nooks lurk song structures so brittle they often seem to be disintegrating inside your ears. Prime example is album opener ‘Your Phantom Limb’, a spellbinding, neck hair quivering wooze led by a guitar plucked so delicately it’s as if it’s tiptoeing over a shattered chandelier. Like-wise, ‘Vanishing Points’ is wrapped in a fragility generated by moribund strings and a despairing lyrical paean that finds St John mourning “in monochrome we are just vanishing points” with celestial coyness.

In the wrong hands Weald could seem borderline depressive, but St John’s deft songwriting emits an openness that keeps the valium at bay. In fact, acoustic creeper ‘Acid Test’ - a reworked lament from his early Edinburgh days - is positively glowing in possibility, epitomising the record’s feel for ever-changing apertures and space. This interspersing of frail melodies and silent space is one of the record’s central traits, creating concentrated tapestries filled with atmosphere and weighty emotion, even when there appears to be little happening at all.

That’s not to say St John’s afraid to dabble with instrumental intensity. Far from it. ‘Stainforth Force’ is a slow, meandering swell, menacingly composed of weeping strings and crashing cymbals that are pushed into a violent, suffocating climax by St John’s rising wails. Somehow, the mighty ‘Dominio’ goes one better. Led by a funeral pound of drum and cranky guitar, it’s a brutal, intense journey that replaces the record’s shroud of silence with a clap of instrumental thunder. It’s the sort of intense pit-of-the-gut bellow that could wouldn’t feel out of place on Nick Cave & The Bad Seeds’ more acrid efforts.

Closing out with melancholic sweep ‘An Empty House’, Weald proves a consistently strong and challenging record. Each of its eight tracks blend emotional girth with an exquisite musical craft that stretches far beyond the reaches of many of today’s young singer-songwriters. Many of these contemporaries, of course, needn’t worry, they still have plenty of time to find their voice. But Rob St John is different, he’s already found his. A long time ago.