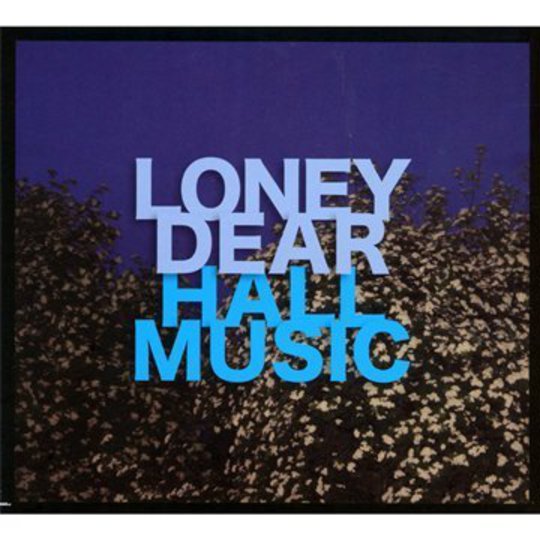 If there’s one thing Loney, Dear troubadour Emil Svanängen isn’t, it’s someone you’d want playing your party. Well, actually, let’s be clear on this. If it was a hip-shaking, dance-floor packing, rug-cutting sort of shindig you were after, the Scandanavian multi-instrumentalist would be so far down the list he’d be underground. But, if you're playing host to a simple night of social hob-nobbing, peppered with slabs of stinking cheddar and guests glugging back goblets of pinot noir, then Svanangen is the man to call.

Yet, to chasten his music as background wallpaper at some bourgeois soiree does his craft a considerable disservice. The Swede is an extraordinary songwriter capable of distilling a melodic splendour so potent it could stop pulses dead. Each of his previous long-playing offerings have been scratchy affairs, filled with understated, introspective swells that slowly and steadily capture attention. It’s safe to say Svanängen's no fan of immediate impact; his whispered wares require repeated spins before they dare expose their inner beauty.

Album number six, Hall Music, continues this reticent foray, concealing its quaint charms until six or seven concentrated plays have been sucked up and digested. So far, so Svanängen then. But, this is a record that finds him venturing beyond his traditional bedroom-coined aesthetic, choosing instead to dive into an ocean of orchestral flourishes that rise above the gloomy despondency of relationships gone bad.

Thematically, Hall Music is both romantic and tragic. The record's maudlin stall is set the moment Svanängen purrs “I want your name, I want your name next to mine” over ‘Name’s crèche of dream-sequence keys. Its follow up, ‘My Heart’, doesn’t relent on the self-pity stakes, riding out on a misery-soaked a cappella that melts into stargazing effects before eventually climaxing as an oscillating peel of church bells.

A bold spiritual awakening courses the veins of this ornate and echoic affair. Soul searching numbers like ‘Maria, Is That You’ and ‘Largo’ emit a deep cathedral aura as they unfold into a flush of parping brass and parish organ. Coated with love-sick repentance that feels both pious and absolutely lost, each is a fine, intoxicating saunter that wouldn’t be out of place played out as a Sunday Service interlude. And, sure, they’re fey of heart, but these are significant steps beyond the corduroy-coated whims bleated out by fellow Swedish popstrels Suburban Kids With Biblical Names.

Given the devout subject matter, there’s a fair chunk of emotional heft lodged in between these skeletal cuts. While Svanängen’s nasal coo may evoke memories of the Bee Gees as it judders across acoustic psalm ‘D Major’, ‘Calm Down’ is a ponderous ballad that starts out tranquilly before gliding across a luscious carp of xylophone chimes, strings and dashing, deep seated percussion. This penchant for musical toploading is Svanängen’s party piece, but it's occassionally wearisome; his inability to resist the lure of a slow fruition can be as tiring as it is magnetic.

So when he charges from the blocks, as he does in the record’s final throngs, the purposefulness is refreshing. ‘Durmoll’s staccato strings thrust into thick orchestration, throwing itself from hushed lull to theatrical prangs as if scraped from the cutting floor of a Broadway musical. 'I Dreamed of You’ is equally impressive, striding along as a transient, yet utterly simple, melody that even invokes a hopeful tone from Svanängen while he croaks “I dreamt about you, I dreamt about you” on a doe-eyed loop.

Finishing on ‘What Have I Become’s velvety, synth-soaked high - a track led by the magnificent purr of Malin Stahlberg - Svanängen completes his journey from fragility to resilience with the same sense of contemplation and complexity he set out on. And, yes, Hall Music may prove he’s not a man for a party, but you suspect Emil Svanangen doesn’t mind one bit. For him, there are clearly much higher and more rewarding planes to climb.