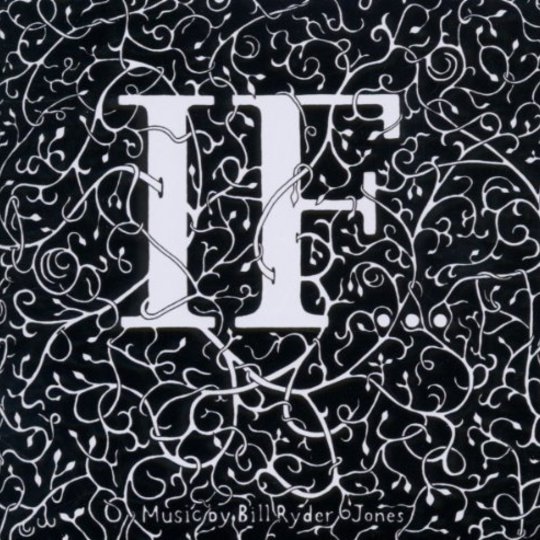 Having left Wirral psych-pop scamps The Coral in 2008 (when they were no longer such scamps), guitarist/horn player Bill Ryder-Jones has refocussed his creative output into film soundtracks, resulting in scores for the short films A Leave Taking, It's Natural to Be Afraid and Bed.

It might seem a drastic departure from his former band, but if one considers how their early eclectic tunesmithery suggested a home archive of vinyl curiosities and how later records darkened the tone, it's not so surprising to hear that Ryder-Jones début long-player is a film score based around a novel. Yet If... remains, on paper, a thoroughly odd endeavour; plenty of groups have recorded soundtracks for films that don't exist (post-rock groups make a career of it), but this usually denotes music filled with drama, tension and usually a big-screen finish. Here the band has full discretion. Bill Ryder-Jones has set himself a different kind of challenge with If....

The world of pop music, and particularly indie-rock, is hugely indebted to literature for inspiration, but Ryder-Jones' novel of choice, Italo Calvino's meta-fiction (some might say) masterpiece If On a Winter's Night a Traveller only ups the challenge. When musicians invoke literary influences they usually focus on the protagonist of a story (the Manics' 'Patrick Bateman'), the narrative (Kate Bush's 'Wuthering Heights') or the lives of writers themselves (Okkervil River's 'John Allyn Smith Sails'). In Calvino's 1979 novel (which, dear readers, I have in fact read albeit not recently) the protagonist is you “the Reader”, the only consistent narrative is that which tells “you” how to read the novel, whilst the chapters between these narratives are beginnings of different books which are never finished. Nobody ever really gets past the first chapter of If On a Winter's Night a Traveller, because it's always interrupted before it ends. It's no Wuthering Heights. How anyone could make a film of this I don't know, so surely a film soundtrack for it should meta-to-the-max mind blowing?

Well, yes and no. One thing that is immediately striking from the first tentative piano notes and discomfiting cello hum is just how accomplished it all sounds. Even when opening track 'If..' blossoms into full orchestral pomp, there is a masterful sense of restraint with the melodramatic surge of the strings never overwhelming the piano. Following track 'The Reader (Malbork)' is natural continuation of this delicate balance with the strings swelling from a soft staccato playfulness to a chest heaving beauty neatly negotiated via a keening lull of piano and violin that recalls James Newton Howard's Oscar nominated score for The Village. Sure any decent musician could probably make something professional sounding with the aid of trained classical musicians, but If... sounds like it could be twentieth collaboration between Ryder-Jones and the Liverpool Philharmonic. It isn't the least bit difficult to imagine the understated gracefulness of 'Leaning (Star of Sweden)' soundtracking a Krzysztof Kie?lowski drama, whilst the slow motion march of 'By the Church of Appolonia' sounds like the aftermath of a tragedy and is devastating in its execution.

'Intersect' and 'The Flowers #3 (Lotus)' are equally evocative arrangements aflush with stately strings, whereas the clockwork intricacy of the piano, glockenspiel and acoustic guitar on 'Some Absolute End (The End)' teases tension out of the melodic minutiae. If Bill Ryder-Jones the film score composer is building an impressive portfolio then Bill Ryder-Jones the singer-songwriter lets himself down every so slightly with the mumbled vocals of 'Le Grande Desordre' and 'Give Me a Name' despite the typically beautiful arrangements.
That's not the only disappointment, but it's the only one that concerns the actual quality of the music. Perhaps it's only a complaint for Italo Calvino fans, but for this (reader/)writer If... doesn't feel like quite the right companion for the book; despite the obvious title references musically If... is a little too straightforwardly beautiful and ornate to convey the sense of novel's unique structure and meta-fictional concerns, not to the mention the shifts in tone. Only the sudden arrival of bluesy guitars in the middle of 'Enlace' manages to capture that eclectic spirit.

Yet in maintaining his musical focus Bill Ryder-Jones has produced an astounding would be 'film score'; If... is undoubtedly designed as a calling card for film producers and if there's any justice Bill Ryder-Jones should soon follow in the footsteps the likes of Jonny Greenwood and Clint Mansell. The very worst that anyone could say is that he's done Italo Calvino a much better service than Sting.