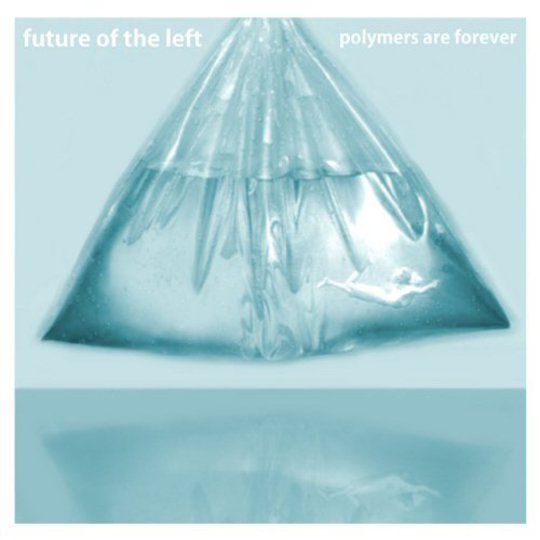 Future of the Left’s last album Travels With Myself and Another startled those of a janglier disposition by highlighting with clean strokes something that had previously been lost in the racket, namely that Andy Falkous is as good a lyricist as British music possesses. He has an unholy skill for injecting icy chill into a desensitised mind, while shining bleak light on the darkest parts of a person’s soul. He tinges misanthropy with the arch assault of a crippling sense of humour. You would like to buy him a pint.

Since hit-and-miss debut Curses rose from the ashes of unnecessarily brilliant hardcore types McLusky in 2007, Future of the Left have been busy barging into the indie-or-something market with gusto, simultaneously shaking off accusations of po-face misanthropy and high and mighty middle-class cynicism. Are Future of the Left po-faced? Of course not - just marvel at those thundering riffs! - they are simply uncompromising preachers of undiluted honesty, in a genre altogether more prolific in purveying the arts of calculation, myth-making and narcissism. Are they high and mighty? Well yes but if that’s genuinely ruffling feathers then the point’s been sorely missed. When even the majority of our rock stars are neither high nor mighty, where in Satan’s name does that leave the rest of us?

The fact is Future of the Left rock the jeffing socks clean off the most feted contemporary exponents of the rock genre, along with their wormy intentions. What the righteous Welshfolk (along with bass-slinging Australian addition Julia Ruzicka) offer with Polymers are Forever, a six-track EP of wiry synths and Wire-y sounds, is a bracing kind of truth. Incensed finale ’destroywhitchurch.com’, a bizarre juggernaut of a thing in three schizophrenic parts, delivers the truth about human sanctity and sanity, or the deafening lack thereof, in a world where you know not local backstreets but billboards like the back of your hand. About the ugly roar of capitalism and the scummy backwash of first-world progress. About a “disappointing insurance salesman” called Roy, who you “dismiss from your drive with a flick of your pudding hand.” It basically sounds like prime-era Les Savy Fav running some kind of existential triathlon with politically-charged Duracells shoved up their arse, ergo, really, really awesome.

As a rule Falkous’s wordplay-ridden lyrics - often enjoy-now, pay-attention-later kinda things - are most potent when they hit a nerve, or pull back the curtain on some form of inhuman bullshit or another. Appropriately then, the best song on Polymers, a stopgap before a February-bound full-length, is ’Emily’: it appears to be about interactive sex channels. “She is the opposite of sex / But the opposite of sex is still better than love,” spits a disdainful Falkous with a grotesque, loping flow, before he adopts the role of pervy producer-man to enthusiastically leer “crawl into camera six!” over a chorus of circusy wurlitzer-synth, cramming into four words a brutal insight that lesser bands - etiolated rockers in particular - routinely waste careers not fully grasping or even reaching for. (It’s the “crawl,” I think, that does it. What else crawls? A hobbled torture victim, a stupid toddler?) By way of conclusion, Falkous yells the word “six” over and over again as if strapped to a chair and being subjected to some weird correctional therapy, until it becomes intentionally indistinguishable from the word “sex”. You don’t so much take his point as nod madly in blind agreement with it seared on the back of your mind’s eyelids.

We’re getting on, lengthwise, for an EP review, so I’ll move quickly on (although, why not expound? Future of the Left are unrevered masters in their field, not merely a ham-fisted coterie of sit-down pissers releasing halitosis-ridden sevens on a hip, half-arsed DIY label), except to say ’New Adventures’’ narrative is consistently both laugh-out-loud funny and actively upsetting, ’My Wife’ and ’Dry Hate’ are fine if a step down from the rib-twisting sonic superiority of the others and the title track might take a few goes on account of Falkous’ affected, Axl Rose sneer, but ultimately sits handsomely alongside the rest of the guy’s finest work, culminating in the sort of preposterous singalong you suspect few others would bother trying to get away with.

Whether Future of the Left are brave or plain stupid for pursuing righteous enlightenment in these mediocre times is surely a matter of opinion. But you feel to write them off as one-trick ponies would be fundamentally very, very wrong. Polymers Are Forever lurches, strives and sneers with all the subtlety of a bulldozer through the houses of parliament, following a royal lineage of bands like The Fall, Half Man Half Biscuit, and most pressingly, Wire, whose first two albums lend a heavier influence to Falkous and co’s work with each release. At a time when people and pop stars are more desperate than ever to conceal their human flaws - and vitally, more capable of doing same - it’s increasingly important we give misanthropes the stage they’ve spent their lives craving, and loathing, from the comfort of their settees. Well, here it is. And if these are just the b-sides...