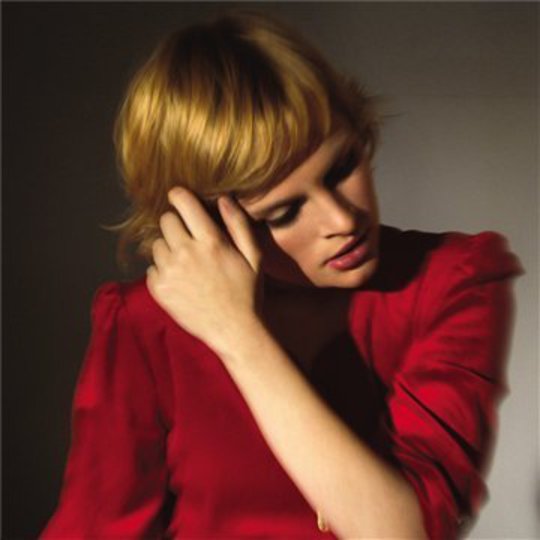 Slowly but surely, Olof Arnalds’ (not to be confused with her electro toting cousin Olafur Arnalds) profile has travelled from obscure Icelandic artist (see Vig og Vio) to becoming somewhat more recognised outside of her native Scandinavia – Bjork’s cameo on Innundir Skinni being a high point. Whilst we’re yet to see what her third LP will deliver, Olof Sings – a collection of five covers, some of which she's already performed live - could be a small signifier of what’s next.

Ranging from Cash to Springsteen, Olof Sings adds a minimal and pastoral charm to those old classics. There’s an innocence to the record granted by Arnalds’ distinct voice. It adds a wonderful new personality to the originals and it’s the most confident we’ve heard the sometimes Múm member sing outside of her native tongue, a record that’s as untainted as it is sparse. These are covers that weren’t chosen just for the craic either. Like her previous two records, Olof Sings stems from emotions and tributes surrounding her friends and family, and each track sounds nothing short of genuine.

There’s a subdued feel throughout. Her guitar strums tamely throughout Johnny Cash’s ‘Solitary Man’ as it projects the same soul as the original. Her voice seemingly takes two personas: the seductively deep boldness that resonates through the verse (“Then Sue came along / Loved me strong / That’s what I thought”), and the grainy fragility suffering from the love loss documented in the chorus (“Don’t know that I will but until I can find me / A girl who will stay and won’t play games behind me”). Meanwhilst the covers of Bob Dylan’s ‘She Belongs to Me,’ Arthur Clarke’s ‘Close My Eyes’ and Caetono Veloso’s ‘Maria Bethania’ sound almost barnyard like as the three of them plod timidly along at a breezy and relaxing pace.

Better yet though, is the highlight combo cover of Gene Clark’s ‘With Tomorrow’ and Springsteen’s ‘I’m on Fire.’ Atop a multitude of gently caressed notes, she captures something pure– where everything seems almost uninterruptable, and where the flow from Clark into Springsteen sounds flawless.

Each track is a marker of how confident Arnalds has become, and perfect justification for her growth. Where she clumsily sings some of the English worded tracks on Innundir Skinni (or Under the Skin), she does so without any trouble here. Olof Sings should be enough to keep fans happy for now, and equally as excited for her next record.