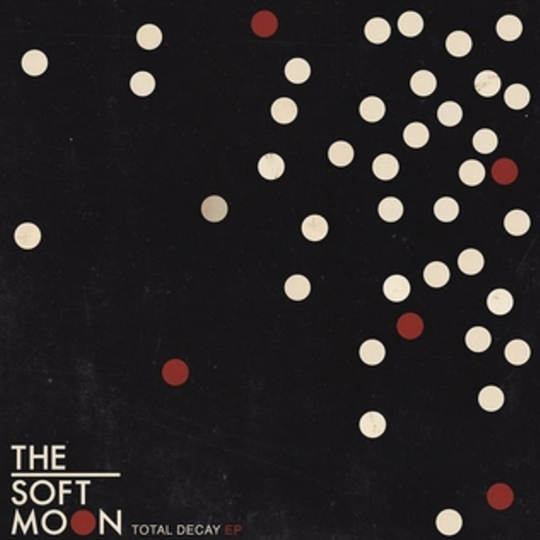 It's difficult to envisage many current artists existing at another time or place, such is the consumer-driven world of music so focused on 'now'. San Francisco ensemble The Soft Moon are a welcome, adverse reaction to the accepted norm. In proferring such a diverse and all-encompassing yet challenging range of styles and sounds, they could quite easily have emerged at any given point between 1978 and the present day. While those responsible for eliciting genre categorisation would probably place them somewhere around the axis where the effects laden dreamworld of shoegaze blends into the more salient spectre of goth, there's so much more going on beneath the surface that any number of labels could be adorned without questioning whether the listener had placed the wrong record on the turntable by mistake.

Although initially (and largely still, on the creative side at any rate) the solo project of one Luis Vasquez, the burgeoning intensity and outlandish rhythms make The Soft Moon one of the most refreshing anomalies to the whole post-millennium, post-punk phenomenon. While their relentless pursuit of sonic excellence automatically renders comparisons to the likes of A Place To Bury Strangers and Weekend, a deeper forage into their overtly industrial demeanour reveals a kinship with more experimental auteurs such as Killing Joke, Throbbing Gristle and even current homegrown masters of drone inspired dance Factory Floor.

Having first raised eyebrows with last year's self-titled long player, Total Decay continues their quest into darker, oblique territories without offering any kind of compromise. What it does highlight across each of the four pieces contained within is that if anything Vasquez and co. have become an even more beguiling proposition since that first album. Although live shows have been sporadic - for European audiences at least - their performance at this summer's Primavera Sound ended up being one of that festival's understated highlights, combining elements of the noise rock aesthetic with an ability to make people want to dance at the same time.

Opener 'Repetition' barely stretches beyond the two-and-a-half minutes mark, but in that time does exactly as is stated on the tin and more besides. Its driving bassline building intensely around a looped, Germanic riff not too dissimilar from the Neu! prototype exquisitely introduced 35 years ago, a short sharp click bringing proceedings to an immediate halt at its most rampant stage. 'Alive' meanwhile sits in the darker camp, coming on like a more apoplectic Sisters Of Mercy, Vasquez' whispered vocal at sinister odds with the throbbing bass that acts as a smooth undercarriage rather than unctious noise propelled beast many would have come to expect.

Such industrial fuelled regions are touched upon by the title track, which combines the high octane elements of A Place To Bury Strangers psyche with a harder, dissonant edge that wouldn't sound out of place on Nine Inch Nails noiserock opus The Downward Spiral. Add embellishments ranging from Gregorian chants to what sounds like a pneumatic drill and even an exercise in welding and it's clear The Soft Moon's boundaries are endless. By the time the decidedly hypnotic 'Visions' restores Total Decay to the dance (Factory?) floor via Burundi-style rhythms and a pulsating whirr eating at its core, The Soft Moon's mission to transcend all levels of tolerance and pleasure via the conduit of sound is well and truly accomplished.