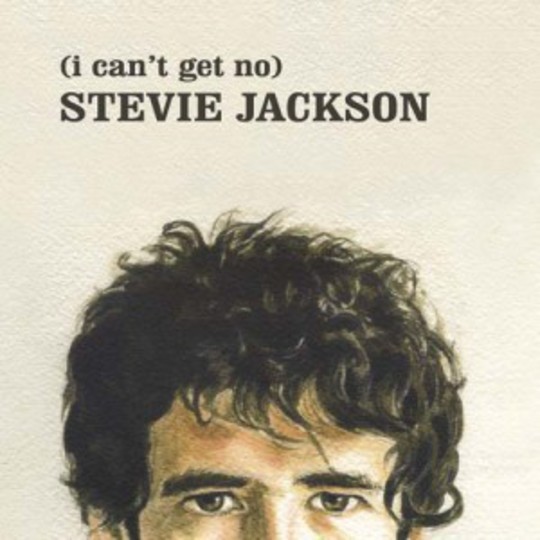 If there was an award for the best pun of 2011, then Belle & Sebastian’s second in command would have the title sewn up. What came first, the desire to record an album away from his main group, or the groan inducing name for it? Either way, it’s an interesting way of managing expectations as you’re introduced to Stevie Jackson’s solo world – from the title onwards, you know that this isn’t going to be the most serious of endeavours.

That’s not to say that Stevie’s album is a throwaway vanity project. It’s a light, fun album, deeply infused with the Sixties vibes that the guitarist brings to Belle & Sebastian, all carefully structured, reverb-heavy pop, soundtracking tales of heavy hearts, "lavender girls" and the dilemma of whether to email a girl to tell her how you feel about her – possibly the only indicator here that this record has been written and recorded in the twenty-first century.

If you’re coming to (I Can't Get No) Stevie Jackson expecting Leonard Cohen-esque lyrical dexterity, or even the questions of faith and masculinity that Stuart Murdoch wrestles with occasionally, you’ll be disappointed. ‘Just, Just So To The Point’ sums it up best. A funky little number, it’s also stuffed with more twisting puns than an episode of ‘Allo ‘Allo – "met a crocodile happy for a little while/Now she’s getting snappy and she’s making allegations" is one of the worst offenders. Whether you’re grinning at such work will be central to whether you’ll throw your arms around this record or throw it out of the window.

If you can stomach it, then (I Can’t Get No)... is going to sit comfortably in your record collection, and reveal more than jangly guitars and cardigan-clad romance after a few listens. Ably backed by some of the many Glaswegian musicians he’s collaborated with in the past, Jackson underlines his ability to craft a great song.

‘Dead Man’s Fall’ and ‘Bird’s Eye View’, for instance, veer in a more folky direction, the Byrdsian chiming guitars revealing a mind that’s clearly studied the classics. ‘Where Do All The Good Girls Go?’ meanwhile, has a glam stomp and infectious energy that makes you forgive the Flight Of The Conchords-style verges into ‘zut alors!’ French and an accordion solo. ‘Telephone Song’, probably the track with the most staying power here, has a beautifully languid pace, stretching out on a bed of French horns and strings, and is a sharp contrast to ‘Press Send’, the following track that’s so throwaway it should come with recycling instructions.

So, is it as good as prime Belle & Sebastian, or even Write About Love? Not really, but some of the tracks here could slot onto a B&S LP easily. Is it better than God Help The Girl? Most definitely. It all boils down to how you feel about the Stevie songs that crop up on B&S records to be honest. If you like ‘The Wrong Girl’ or ‘I’m Not Living In The Real World’, you’ll find plenty to enjoy here. If you tend to shuffle past the B&S that isn’t pure Stuart Murdoch, you’ll just find your punnery tolerance levels severely tested.