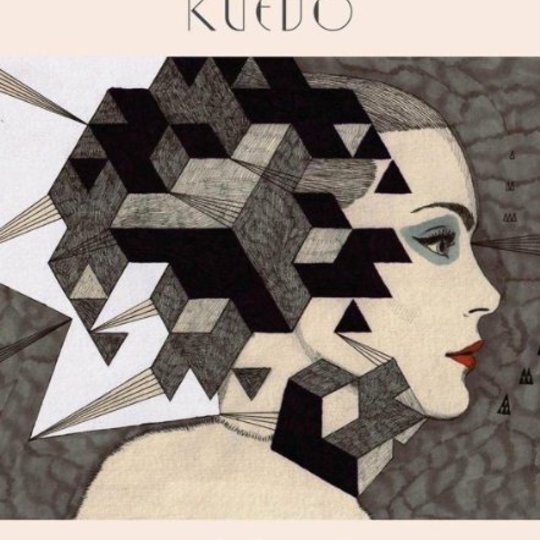 Jamie Teasdale’s return after the shelving of his Vex’d project has resulted in one of this year’s most surprising debuts. As Vex’d, he’d teamed up with Roly Porter to make alien-sounding grime music of almost questionably human origins. As Kuedo he follows a more penetrating path, marrying cutting-edge drum programs to a slew of old science fiction synths. Ignore the fact that each track name sounds like a suffix for future Fast & Furious films ('Salt Lake Cuts', 'Reality Drift', 'Ascension Phase'): this is the least aggressive Planet Mu release in years, its gangster percussion softened by the dreams of nerds. Both elements have been added in drop by drop, leaving Severant bathed in a forward-thinking futurism instead of collapsing into just another 15 shots of nostalgia. Teasdale’s pictured an old-hearted adventure story here and made the crunchiest, most emotive possible soundtrack to fit it. And he’s done it without using a single violin.

The instrument he’s honed in on - 'that sweeping Vangelis brass sound' - makes a welcome return to the public since it was last deployed on the Terminator 2 score. Geeks everywhere will be left salivating at Teasdale’s skills with it: from the opening flutter of ‘Visioning Shared Tomorrows’ to the sweep of ‘Reality Drift’, which sets tinkling lanterns against driving, epic bass, the Kuedo signature is instant. Teasdale has spoken in interviews of the effect Blade Runner had on him as a kid, and as he chops up rain and smoky lasers you can feel the tingles of the Final Cut Blu-Ray. His dissection of the Eighties spreads to other films too - ‘Truth Flood’ gives us an impromptu drill version of ‘Tony’s Theme’ from Scarface.

For the less nerdy among us who require a bit more spice, Severant’s catalogue of acrobatic beats should please everyone from drivers of Ford XR2s to gold-cabled audiophiles. A love of Chicago footwork pierces the synths like bamboo, moving from click to artillery attack without once breaking step. This idea might at first seem sacrilegious, such as when the rotor blades of ‘Scissors’ shred their parental keyboards, but Teasdale knows he’s onto something new here and smoothens things over with a bell line. ‘Salt Lake Cuts’ is even more brazen, its goosebump bass like the showdown from a Jean-Claude Van Damme film. Windscreen-wiper noises are used to keep things in check and prevent it falling down the rabbit hole. The formula pays off again and again, with too many good examples to sit down and choose from: the road rap/wonky consoles of ‘Ascension Phase’, ‘Onset (Escapsim)’ and its whooshing Ataris... Teasdale’s recipes seem so effective you want to fly him over to America and let him revamp the school dinner system.

Severant’s biggest strength is its optimism - very few of the tracks here fall into introspection, with nearly all of them boasting a crystal ball looked into by the meanest of hawk-eyes. There are a couple of breaks, such as the sighing ‘As We Lie Promising’, but largely this album celebrates the future we were all teased with by the likes of Tangerine Dream. Teasdale even fulfills a destiny of his own, covering the Blade Runner titles on ‘Flight Path’ and pushing the synth he borrowed from Vangelis to the strange edges of technical dubstep. It’s a brilliant 'closing the loop' moment, and should be used as a lesson for people who want to treat their past with respect. You only have to have spent one day in the Eighties or seen half of Short Circuit to enjoy this kind of stuff, and Kuedo’s debut is the best possible tribute, as forward thinking as Ridley Scott’s visuals were back in 1982. Hopefully there’ll be EPs to follow that offer up the same powerful material. Hopefully Teasdale will mine even further and release a director’s cut.