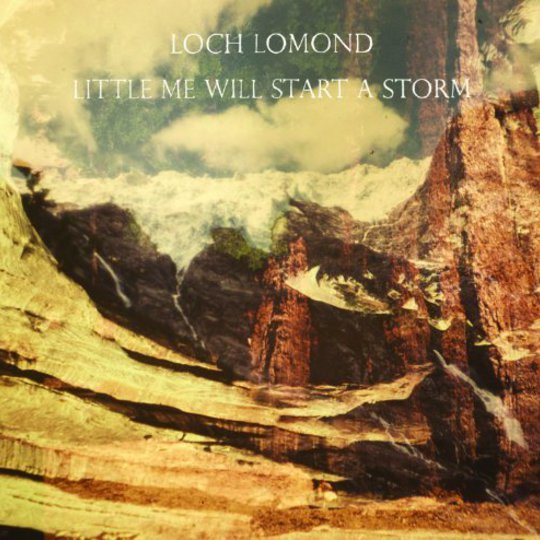 If it wasn’t the name, then the Chemikal Underground logo on the cover may have led you to believe that Loch Lomond hail from the far side of Hadrian’s Wall. In fact, the nine-piece (who’ve had an EP and split 12-inch released by Edinburgh label Song, by Toad, too) are of Portland, Oregon. They’ve toured extensively with townsfolk Blitzen Trapper and The Decemberists - a pair of bands who they’ve been often compared to, but with whom the association is mostly superficial. Sure, they share Colin Meloy’s love for folk instrumentation: this album is falling down with mandolin, banjo and fiddle, plucked and bowed. With Blitzen Trapper, they’re united in stirring melodies, and, well, that’s about it.

On Little Me Will Start A Storm, there’s something much more subtle at play than either of the above have ever mustered. Peel away the knockout hooks, swelling strings and exhilarating harmonies and you’ll find a potent brew of nostalgia, creepiness and sorrow. This record is a wolf in sheep’s clothing, and is all the more interesting for it. Like a Michel Gondry movie, you’re drawn in by the gorgeous aesthetics, only to be consumed by the shadowy core.

Throughout Little Me… there are moments that stop you dead in your tracks, simultaneously vivid and matter of fact, like an old photograph you’ve seen a thousand times before, but which nails you in the heartstrings on the thousand and first. Ritchie Young (the bandleader whose highest register apes Stuart Murdoch and lowest Dan Boeckner of Wolf Parade) sings from the perspective of an eight-year-old child on album opener, ‘Blue Lead Fences’, seemingly a scrapbook of his most fleeting childhood memories. Snippets of throwaway parental advice and bustling, boyish horseplay combine to form an indestructible account of pre-pubescent indestructibleness, all the richer for the triviality of the detail.

The simple, picked guitar of ‘I Love Me’ dances over a chilling sample of a girl who hears a “loud, loud, buzzing in her ears”, before Young chirps in with his admiration of the bedsheets – starched just right – in what’s the most quietly obsessive set of lyrics you’ll hear for a while. It’s a trick repeated throughout the record: playful, ornate music, paired with words that make you wonder if you’re hearing alright (is he really singing about chopping someone up on ‘Blood Bank’?). As well as honing in on the minutiae of their thoughts in such fine fashion, Loch Lomond do macro too. ‘Earth Has Moved Again’, arguably the centrepiece (complete with an intro that’s brilliantly Galaxie 500) contemplates a natural disaster, and how those affected deal with the fallout. What initially seems like a simple message of hope (the mantra “we can start again” makes it hard to suggest otherwise) becomes burgeoned by ethereal vocals, ghosting in from all sides, until it sounds like a choir singing posthumously about their own passing. It’s intoxicating and it’s beautiful.

Lots of albums pack an at-face-value emotional punch, and for obvious reasons (Antlers’ Hospice being a great example). But it’s less frequent that they come so stealthily loaded, the mood woven gently into pop songs. In that respect, Little Me… evokes The Rhumb Line by Ra Ra Riot, amongst others: the preservation of memory, the articulation of emotion synthesised sweetly, euphonically, gracefully… perfectly.