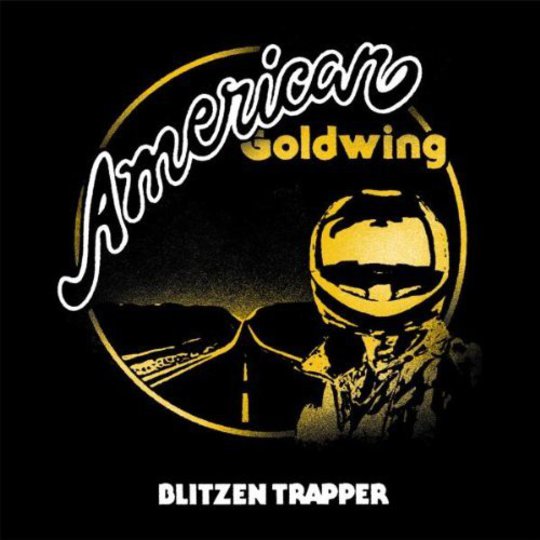 Ever since their self-titled debut, Blitzen Trapper’s mixing of glam, psychedelia and hard rocking riffs with the conventional folk and Americana genres has placed them as one the most refreshing acts of the last decade, surprising critics album after album. The freedom gained by self-releasing their first three LPs (Blitzen Trapper, Field Rexx and Wild Mountain Nation) provided a massive contribution to their creative minds. Any worries about label pressure from their subsequent signing with Sub Pop would soon be quelled by the fantastic follow ups Furr and Destroyer of the Void.

So now we have American Goldwing, the Portland sextet’s seventh LP. Named after a Honda motorbike, American Goldwing abandons the experimentalism of previous records for a more laid back and grassroots approach. Themes vary from leaving homely comforts to travel the open roads (‘American Goldwing’), waiting patiently for someone on said roads (‘Astronaut’) and the boozed up adventures of a vagabond hitchhiker (‘Fletcher’). Eric Earley’s grainy tone is still an eerie dead ringer for Bob Dylan’s raw and edgy voice: ‘Girl in a Coat’ being the best highlight for Earley’s imitation of Zimmerman, whilst the harmonicas of ‘My Home Town’ and ‘Taking it Easy’ continue to nostalgically evoke folk rocks’s greatest musician. Musically, ‘Might Find it Cheap’ and ‘Your Crying Heart’ carry the country mood on. Both tracks are comparable with the anthems of Lynyrd Skynyrd – the former’s crunched up guitars coming straight out of ‘Sweet Home Alabama.’ The result is a strong sense cohesion which started showing on Destroyer of the Void – the lack of it on previous albums being one of their main (faults.

So why does American Goldwing sound like nothing more than an okay set of folk songs which stay rooted to the same spot? Whilst Blitzen Trapper have created an album which flawlessly recreates their forefather’s music, their step into more conventional territories has taken away the refreshing air which filled their back catalogue. It’s a relief when the hard rocking riffs of ‘Your Crying Eyes’ and ‘Street Fighting Sun’ - which opens like a muddy version of Zeppelin’s ‘Whole Lotta Love’ – arrive as they take us into Blitzen Trapper’s usual brave territory. Such moments are far too infrequent, though.

American Goldwing isn’t bad, but it's not particularly exciting when you consider the band’s usual standards. Had it been any other band I’d probably be more lenient, but this is Blitzen Trapper, and they've played it a little too safe this time around.